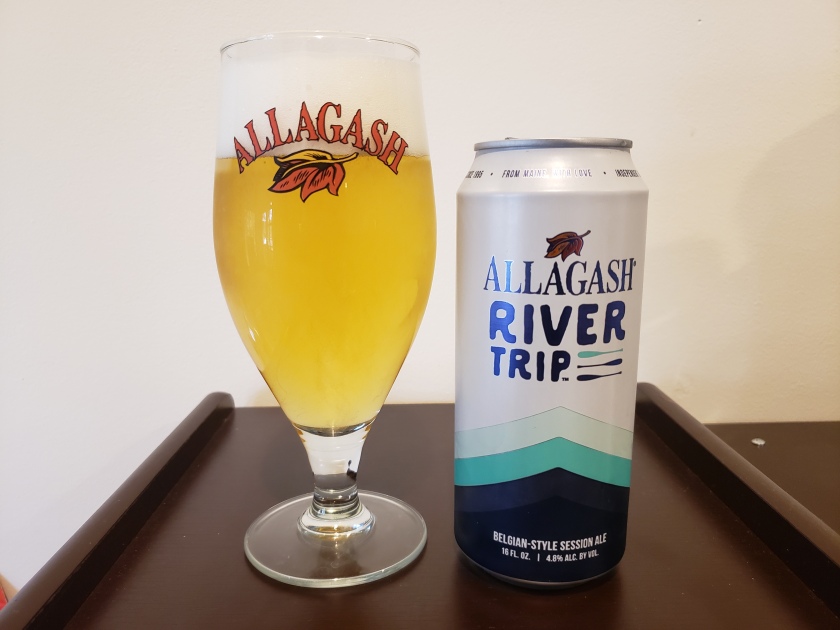 After being one of the most adamant holdouts in the local beer community Allagash Brewing Company has now released a few of their staple beers in cans, conceding to the market that favors easy portability. It was no surprise that one of the first beers Allagash canned for widespread distribution was their flagship Allagash White, it is one of their most popular beers with both casual beer fans and hardcore beer geeks. The other beer that co-launched the can revolution was a new addition to the lineup, a hoppy Belgian Table Beer named River Trip. This new beer seems to be a de facto replacement for Hoppy Table Beer, with a reworked recipe that showcases a mixture of fruity new world hops with a classic Belgian style yeast strain. While many drinkers bemoaned the loss of Hoppy Table Beer, they were also excited to try a new take on a easy drinking and flavorful session ale from the masters in Portland. Allagash River Trip is available now on draft and in 16 oz cans. 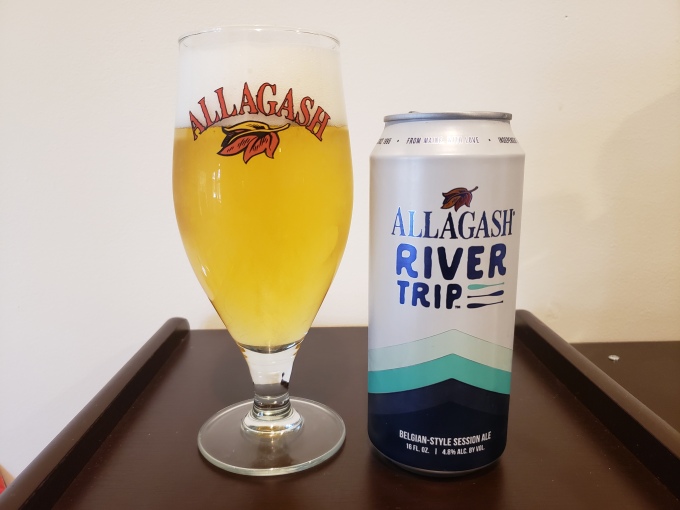 Allagash River Trip pours clear light yellow with a massive white head. The aroma is a mixture of citrusy hops and fruity yeast. The flavors imparted by the yeast hit first, notes of peppercorn, pear and apple. This is complemented by the hop flavors which bring hints of lemon, stone fruit and tangerine. The malts round out the flavor with touches of white bread and cereal grains. While the flavor is complex everything works together and the beer remains light and super easy drinking, sessionable at 4.8% ABV. The finish is crisp and dry with some lingering hops and esters from the fermentation. This beer is delicious, I liked Hoppy Table Beer but I love River Trip. This will be a staple beer in my fridge, especially in the spring and summer. Hoppy Boston score: 4.75/5.