Twice a year a group of my college buddies get together for a day/night away. There are a few of us who are routinely part of the group and a whole bunch more who make it on occasion. The fall trip is always the same, centered around the wild game supper in Bradford, VT. The spring trip is a newer addition and the location rotates, we have done Providence, Portland, New Haven and this month we traveled to Portsmouth, NH. The group is mixed between full-fledged beer geeks and some who could care less, but those of us who love beer are usually able to steer the group to a few breweries as part of the trip. I had big plans for the Portsmouth trip, I routinely drive through the city on my way to Maine but rarely stop, so most of my experience with Portsmouth beers involve those that are distributed out of state. Unfortunately a number of circumstances beyond my control limited the numbers of brewery visits on this trip, but I was still able to try some delicious beers. 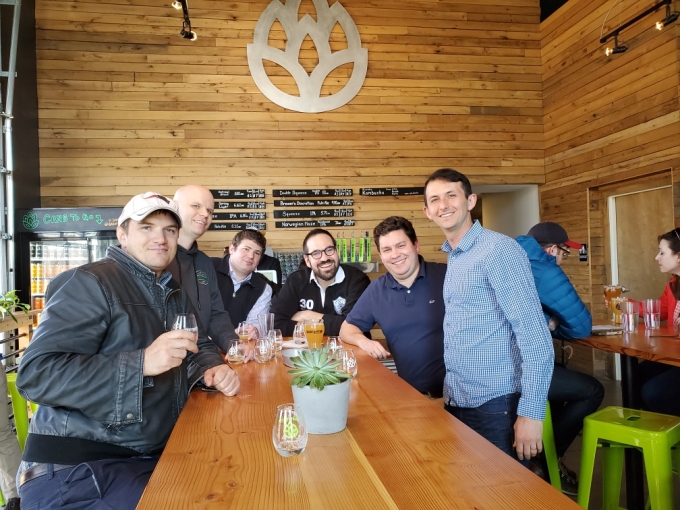 I will start with the big plans that were unrealized. I had initially hoped to stop at Throwback Brewing on my way to meet the rest of the group, it had been highly recommended by a number of people. Unfortunately I got a little later start than expected and had to power straight through to meet the rest of the group for lunch. I will make it a priority to stop by Throwback in the near future. The other place I was excited to visit but failed was Earth Eagle Brewing. Earth Eagle was right down the street from our hotel, but when we stopped by the small taproom was packed and their was a line out the door, so we moved on to another location. I hope to make the trip back at another time, I’ve heard great things about their beer. 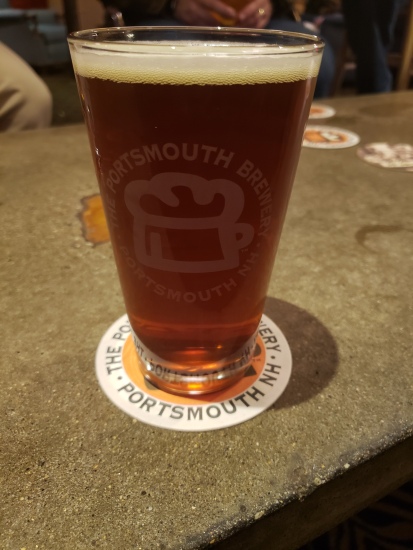 One brewery that we did manage to visit was Portsmouth Brewery, the long time brewpub in the center of town. The atmosphere in the downstairs bar was a true throwback, a mix of clear regulars with young people and tourists, some games and friendly staff. The beer was solid, Surrender to the Flow is a big DIPA with plenty of hop flavor. Fraggle Bock is a very traditional dopplebock, with rich malts, a clean lager finish and easy drinkability for a bigger beer. Overall Portsmouth Brewery was a fun place to hang out and I would definitely return if I do another overnight in Providence in the future. 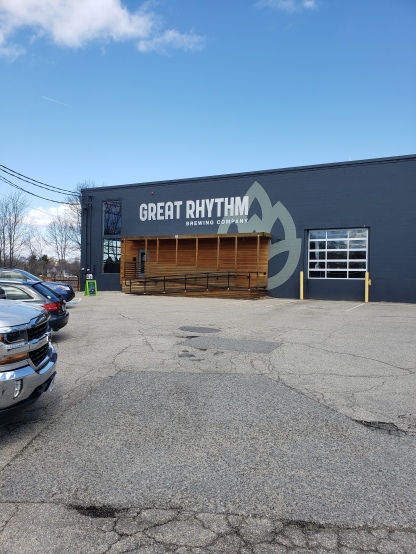 The highlight of the trip beer-wise was definitely our first stop after lunch and the place I most wanted to check out, Great Rhythm Brewing Company. The taproom was on the small side but very clean and well organized, and the long tables easily accommodated our group. The staff was very friendly and enthusiastic about the beers, and everything was available in 4 oz pours, allowing us to sample the full range of available beers. The Orbitus Oatmeal Stout was rich and hearty without being overdone, I would have bought a bunch if it was still winter, while the Maibock was clean, refreshing and flavorful. The stars of the show were definitely the hoppy beers. Resonation pale ale was crisp and easy drinking but still full flavored while Tropical Haze was bursting with tropical fruit from the hops. The unanimous star of the show was Squeeze, a citrus bomb IPA that I will be writing about more later this week. I had heard Great Rhythm compared favorably to Bissell Brothers before and I can see it, but the brewery that came to mind for me was Maine Beer Company. Even though Great Rhythm specializes in hazy IPAs they don’t just dump a ton of hops into every beer and hope for the best, each is precise and well crafted. Either way that is high praise for a brewery and Great Rhythm is absolutely worth a trip to Portsmouth.

In conclusion, I would have liked to hit a few more breweries and try a more diverse selection of beers in Portsmouth, but it was great to try a few new places and especially to spend some time catching up with good friends. Besides, now I have a really good reason to go back to the city sometime soon! With that I will pass this to my readers: What are your favorite places to visit in the Portsmouth area? What are your favorite beers from the city?