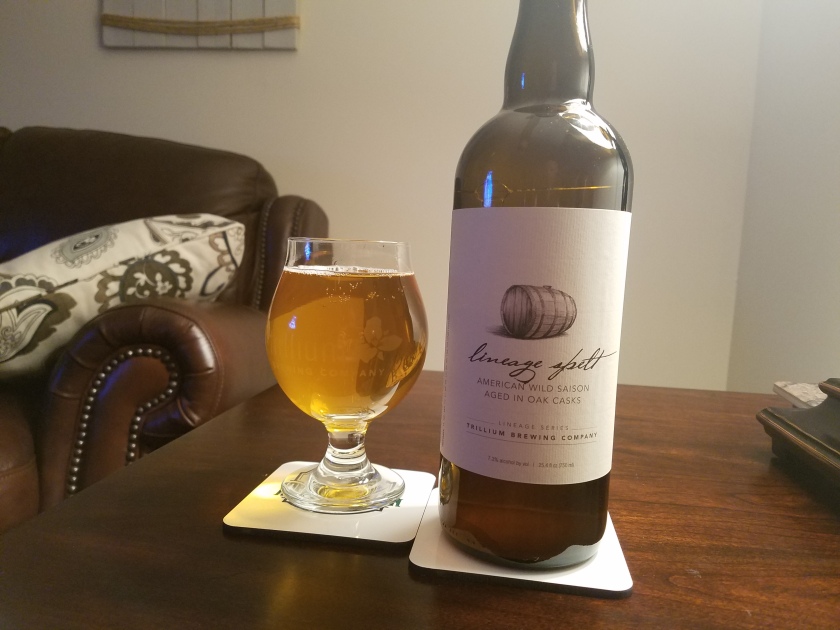 Recently many breweries are launching with very hop-heavy lineups, some brewing IPAs and other hop forward styles almost exclusively. I’ve visited a few breweries with 4-5 IPAs or pale ales available and nothing else. While I understand the reasons for this, IPAs pay the bills, it’s hard to completely judge a brewery until they branch out into other styles. A great example if Trillium Brewing, they are best known for their IPAs but it’s their mastery of a range of beer styles that sets them apart. In fact, the biggest lines tend to form at Trillium when the release their barrel aged beers, from stouts to sours and wild ales. One key piece of Trillium’s barrel aged program is the Lineage series of wild ales. I’ve had a number of the Lineage beers, including the recent bottle release of Lineage Spelt, a wild ale brewed with raw spelt and fermented with a locally cultured wild yeast strain. Trillium Lineage Spelt is available on an occasional basis on draft and in 750 mL bottles. 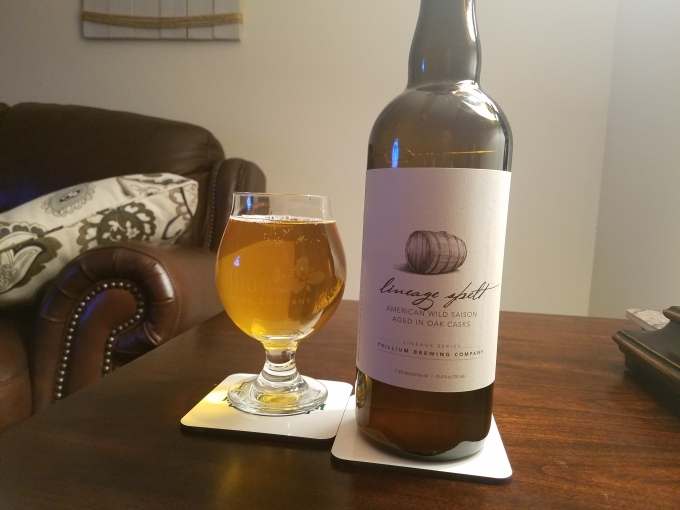 Trillium Lineage Spelt pours clear pale yellow with minimal white head. The aroma is fruity and a bit acidic. The flavors from the fermentation and aging take center stage, notes of apple, pear, lemon, white grape and vanilla along with substantial sour character. This is balanced by some malt backbone, whole grain bread, cereal and hay. There is minimal hop character. Lineage Spelt is light and easy to drink but packs some punch at 7.3% ABV. The finish is tart with some lingering fruity and funky flavors. This is a well made beer, a little more sourness and less Brett character then I usually prefer in my wild ales, but fans of sour styles will love this. Hoppy Boston score: 4.25/5.