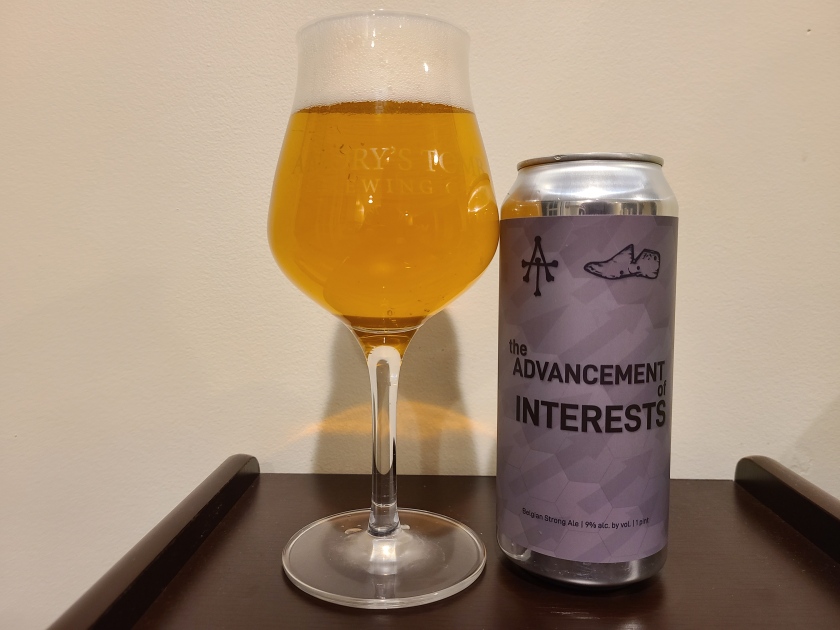 I love Belgian beer all year round, but I have a special affinity for these styles in the springtime. There is something about the expressive Belgian style yeast strains that works incredibly well with the warming weather and blooming plants. While saisons are my favorite spring style I also love bigger Belgian styles, especially tripels and Belgian strong golden ales. I’ve been disappointed at how few local breweries even attempt these styles, I realize that they are a niche market compared to IPAs, or even stouts/sours/lagers, but they can be incredible when done well. I was very interested when I saw that Amory’s Tomb, Lost Shoe and Time and Materials Brewing were collaborating on a Belgian strong golden ale. Amory’s Tomb makes a variety of great beers but their calling card is their saisons, and Lost Shoe makes beers across the flavor spectrum, but I’ve especially enjoyed their Belgian releases very much. Time and Materials is a brand new brewery that is getting some buzz, and it was great to see these other breweries collaborating with a start-up brewery. I made a special stop at Amory’s Tomb to grab some of this beer (obviously I grabbed some of their other beers too, I needed some spring saisons!). The resulting release was called The Advancement of Interests, a Belgian strong golden ale available for a limited time on draft and in 16 oz cans.

Amory’s Tomb/Lost Shoe/Time and Materials The Advancement of Interests pours clear pale orange with a solid white head. The aroma features some Belgian style yeast, fruity and spicy. The yeast also leads the flavor, notes of bubblegum, apricot, and peppercorn. A solid malt backbone adds hints of bread dough, rock candy and cereal. A touch of floral and grassy hops round out the flavor. The Advancement of Interests is medium bodied and drinks absurdly easy for a beer with 9% ABV. The finish is crisp with some lingering yeast and malt flavor. This beer is awesome, loads of flavor, well balanced and incredibly smooth. Absolutely worth grabbing now, and hopefully this collaboration continues! Hoppy Boston score: 4.75/5.