I have a kind of limited thoughts/links article this month and most of it is on the same topic. This has been the craziest few weeks of my life from a world events perspective, I am honestly not sure what to compare it to. The pandemic has affected us all in some ways, I am grateful that my family is safe and healthy and my wife and I have jobs where we can work from home without worrying about devastating financial issues. I know this isn’t the case for everyone, but I hope all of my readers are safe and healthy and getting by in these challenging times. Earlier this month I wrote about how it feels weird to write about beer right now, and why I am going to try and keep doing it. I got great feedback from this article, everyone who commented encouraged me to keep writing posts for Hoppy Boston. I hope I can provide a sliver of normalcy in these undeniably abnormal times.

One of the industries taking the hardest hits with COVID-19 is the hospitality industry, shuttered bars and restaurants have laid off or reduced the hours of lots of staff. There are a few funds established to help local hospitality workers. The Greg Hill Foundation has partnered with Sam Adams on one local fund. Vine Pair also has a list of national and local funds that have been set up to help affected workers.

I am concerned about the local beer industry, it has been a highly competitive field with tight margins, so losing taproom sales and draft beer even for a relatively short period is a big blow. I think we will see a lot of places close this year, far more than we are used to. That is why it is more important than ever to support your local breweries. The Mass Brewers Guild has a full list of breweries that are still open for to-go service. The number one thing you can do is buy more beer, I just had a mixed case of goodies delivered by my local bottle shop this week. In addition, many breweries have online stores, so buy some t-shirts, other gear, glassware, or gift cards and help keep your favorite places afloat during these difficult months! I was overdue for some new brewery gear so I ordered a bunch of shirts over the last few weeks.

Brewbound has an article on the different tactics breweries are using to stay afloat during the shutdown. 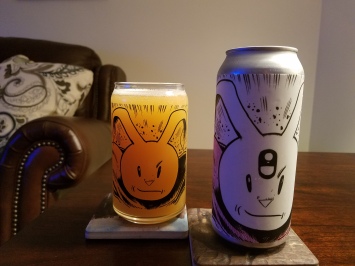 I know many places are facing impossible choices right now, having to lay off or furlough staff to make sure they can still pay their bills and not go out of business. It has been encouraging to see many local places make every accommodation possible to help their employees. A good example is Aeronaut, where the owners have suspended their own pay to keep providing benefits to their employees. I know a lot of other places are doing similar things, and I wish I could highlight them all.

Now that people waiting in line for beer is a big no-no Trillium has decided to start delivering their beers all over eastern Massachusetts, with a different region up for deliveries each day. A bunch of Maine breweries, including Bissell Brothers, are doing the same thing, but Trillium is the only one in MA that I know of. I know some small breweries have been told that they are not legally allowed to do deliveries to residences, not sure how the differences in licenses from place to place effects this. It would be cool if other breweries could deliver.

With small breweries having to shut down all draft beer sales there is a ton of kegged beer that needs to get to consumers. It looks like crowlers won’t help, they are out of stock until further notice. I imagine a lot of delicious kegged beer will end up getting dumped out (or sold well past code in some less scrupulous establishments).

Right before everything went to shit the Mass Brew Bros. hosted a blind beer festival, where attendees tasted everything blind, submitted their favorites and then eventually winners in three categories were named. This is an awesome idea, I am really sad that I missed it, and I am excited that a bunch of beers that fall outside of the “hype brewery” group took home top honors. Hopefully, I can partake in the next one!

Gary Dzen has a list of underrated MA IPAs that you can drink at home. This is a pretty solid list, lots of great hoppy beers that are pretty readily available.

October has an interview with Em Sauter, the talented cartoonist behind Pints and Panels, on her mission to make beer education more accessible while she studies to be a master cicerone. Em is selling prints of her art on her website, I need to order a few at some point!

The Brew Roots Podcast did an interview with Rob Vandenabeele, co-founder of the Mass Brew Bros., about his new project Eco-Friendly Beer which is working to promote sustainability in the brewing industry.

Allagash founder Rod Tod has advice for younger brewers, and the big piece is to not get overextended. This was sound advice when he said it, and rings even more true now.

The Craft Beer Cellar blog has a profile of Untold Brewing in Scituate.

That is all for this month. Stay safe, stay healthy and enjoy some quality beers. Thank you all for reading.