ICYMI: I wrote an article on The Full Pint on Why New England Style IPA Will Continue to Dominate in 2018. 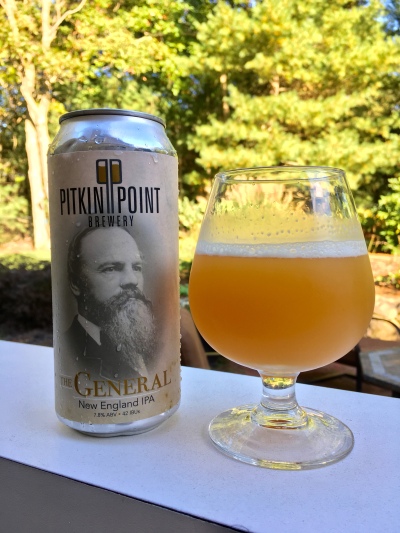 The Mass Brew Brothers organized a series of articles highlighting Massachusetts breweries that are preparing to open in 2018. Hoppy Boston led the series with a profile of Pitkin Point, a contract brewery based in Carlisle. The Mass Brew Brothers had an article on Vitamin Sea, who have already received acclaim for their beer and collaborated with a number of local breweries. The Boston Beer Hunter spoke to the founders of SpaceLab Brewing, seasoned homebrewers who are looking for space on the North Shore. Bearded and Brewed previewed Troy City Brewery, opening soon in Fall River. The Mass Brew Brothers also chatted with the founders of Anonymous Brewing Company, who didn’t want to reveal their real names yet! Finally, Edson from GotHops interviewed the founders of Leadfoot Brewing, opening soon in Chicopee.

Probably the most controversial and widely discussed piece this month was Bryan Roth’s article on the beer industry’s issues with diversity. While there were some valid criticisms of the article, it is a really important topic and a place where the industry has a lot of work to do. Good Beer Hunting followed it up with a great piece on diversity by former marine and current brewery employee CJ Golobish. They also responded to some of the criticism with an explanation of their business model, and a good overview of some of the challenges facing media companies as everything goes digital.

One of the biggest stories of the month has been the news that Smuttynose Brewing Company is going up for auction due to some financial issues. It sounds like they made big plans for expansion and then growth slowed due to increased competition. Unfortunately I think we’ll see more of these stories in the coming months.

With that in mind, Boston Magazine has an article asking an important question, do we have a local beer bubble and if so is it about to burst? This is an important question, we have seen years of meteoric growth, both in number of breweries and total volume, and at some point it needs to slow, which will probably lead to some places closing down. Hard to know when it will happen. One caveat, people have been predicting that the bubble will burst for a while now. Here is an article the Mass Brew Brothers wrote on the subject from two years ago. Food and Wine takes a slightly different approach, showing how mid-sized breweries are struggling due to increased competition from big beer and the growing number of small local options.

January saw a few more “Best of 2017” lists or articles looking forward to 2018. Norm “The Real Beer Nut” Miller handed out his annual Golden Nutties awards, with many going to underappreciated local brewers. Local beer reviewer Threw Red Butter has his 10 favorite beers of 2017 along with a few that disappointed. RateBeer handed out their annual awards, which are always a bit skewed towards the usual suspects (inevitable with anything that is crowd-sourced). Eater Boston has a couple posts looking towards 2018, with breweries to watch and beer trends for 2018.

Bryan Roth examined a number of “best beers of the year” lists and analyzed the trends. No surprise that IPAs are king and many writers tend to pick rare/one-off beers for their lists.

Jack from Jack’s Abby has a series of articles on their new Kellerbier series of unfiltered lagers.

Eater Boston has a profile on the new Hopster’s location in the seaport.

The Stowe Beer blog has a profile of Rock Art Brewing, celebrating 20 years in business!

The Mass Brew Brothers have some information on Blue Ox Brewing, a contract brewery focusing on local music venues.

The BossHop All-IPA homebrew competition announced their winners, which includes beers from a few breweries-in-planning.

Chris from Notch has re-started his blog on their website and it is always worth reading, that guy has an encyclopedic knowledge of beer. His recent entry is on Tenner, a triple-decocted pilsner.

Marlborough put out the word that they were interested in a brewery as part of their downtown revitalization, now it looks like they are getting two when Lost Shoe brewery and coffee roasters opens.

Baxter Brewing is doing a major expansion of it’s taproom in Lewiston, Maine.

For the beer geeks who like to get in a work-out before enjoying some beverages: INFINITUM Squash in Sudbury is holding an open house on February 10th featuring beer from Jack’s Abby!