Just a quick thought to start my monthly notes/links column: the other day a number of beer writers were alerted on twitter that an upstart website was copying their work and publishing it without citation. I won’t say what site it is, it has a relatively small following and they don’t deserve any further attention. I had a similar thing happen to me in the past, an upstart website was blatantly copying my work without citing where it was from. This is a really crappy thing to do, if you notice it on any beer site (or any other website for that matter) please inform the original authors so they can take action. 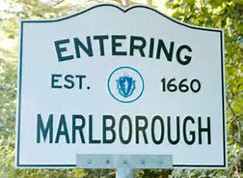 One of the most interesting things I read this month is that the town of Marlborough is actively seeking a brewery for their downtown, even taking out an ad in Beer Advocate. The town has noticed the impact that breweries have had in nearby Hudson (Medusa) and Framingham (Jack’s Abby, Springdale, Exhibit A), and feel like a brewery would be a key addition to the continued revitalization of their downtown. I could not support this idea more, I live in Sudbury and I am always happy to have more metro-west brewery options. I also think it’s a good business idea for the town, local breweries attract people who also shop and eat out in the area, and they can become integral parts of the community.

Others are noticing the positive effects that breweries have on neighborhoods. The Mass Brew Bros discuss the positive effects local breweries have on their communities, citing economic factors, community involvement and social engagement. Curbed notes that breweries have helped revitalize many small towns and forgotten neighborhoods in cities. This is definitely true in the Massachusetts, where towns and cities like Monson, Canton and Everett have become destinations for beer fans. 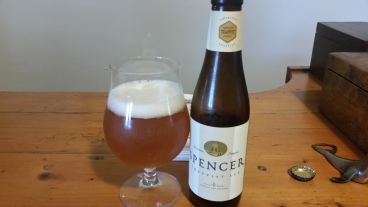 The crew from Craft Beer Cellar recently visited Spencer Trappist Brewery and sampled the beer that would become their next release, a trappist quadruple. I am excited to try this beer, I was hoping that the first American trappist brewery would develop more of the traditional abbey styles, my favorite beers they’ve released so far are Belgian (the Abbey Blonde and their Holiday Ale).

Paste Magazine has been doing a series of blind tastings, each featuring a different style of beer, and the articles are pretty awesome. The most recent covered saisons, with 116 versions tasted. It was nice to see New England breweries Allagash, Two Roads, Night Shift, Ipswich and Hill Farmstead show up in the ranked beers. It would have been nice to see a Mystic saison included in the tasting, I’m sure it would have done well.

The Mass Brew Bros also did a blind saison tasting, featuring only Massachusetts beers. I wasn’t able to attend this tasting due to a family commitment, which sucks because saisons are amongst my favorite beer styles. I agree with their finding though, I love two of the three finalists (and haven’t tried the third yet). 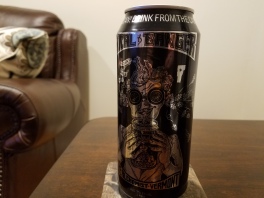 Alex Weaver at Hop Culture has a thorough interview with John Kimmich of The Alchemist. It’s nice to see that brewery make a full comeback, producing a variety of beers in addition to Heady Topper.

Beer and Brewing Magazine has a feature where Cambridge Brewing Company brewmaster Will Meyers picks a six pack of his favorite beers. What makes this article great is his descriptions of each beer, not just the flavor profile but the impact each has had on him as a drinker and a brewer.

Allagash has committed to buying one million pounds of Maine grown grain per year by 2021. They are already buying a significant amount of local ingredients, but this is a huge increase. That is how you support your local community.

Bryan Roth has an in-depth breakdown of Zymurgy’s annual best-beers list. Like any list of this sort it is very heavy on IPAs and imperial stouts and completely skips over beers that favor more subtlety.

After Wicked Weed Brewing sold their business to AB-InBev a number of independent breweries backed out of the annual sour/wild beer festival they host in North Carolina every summer. These styles can take months or even years to age, and many of these breweries had special beers they were developing for the festival. Night Shift and Springdale have come up with a solution, inviting the breweries to a new festival in Massachusetts in July. We’re Funk’d will be a weekend long celebration of sour and wild ales.

Speaking on AB-InBev acquisitions, there has been a lot of consternation in the beer community about their investment/ownership stake in a number of beer media outlets, including RateBeer and a number of online beer magazines. I am fine with this as long as their writers clearly state in any article about an AB-InBev product that the beer is an AB-InBev product and they are an owner/investor in the publication. I regularly read The Ringer, and they are careful to include this disclaimer when they have an article about a show from HBO (an investor in the site), it should work the same with beer.

Good Beer Hunting also has a piece on AB-InBev, this time discussing how the company is collecting data to inform them on future strategy and investments.

Summer means grilling season, so here is a great article on the best way to grill a beer can chicken.

That’s it for June, thanks for reading and always feel free to pass along any great articles that you think I should feature. Cheers!