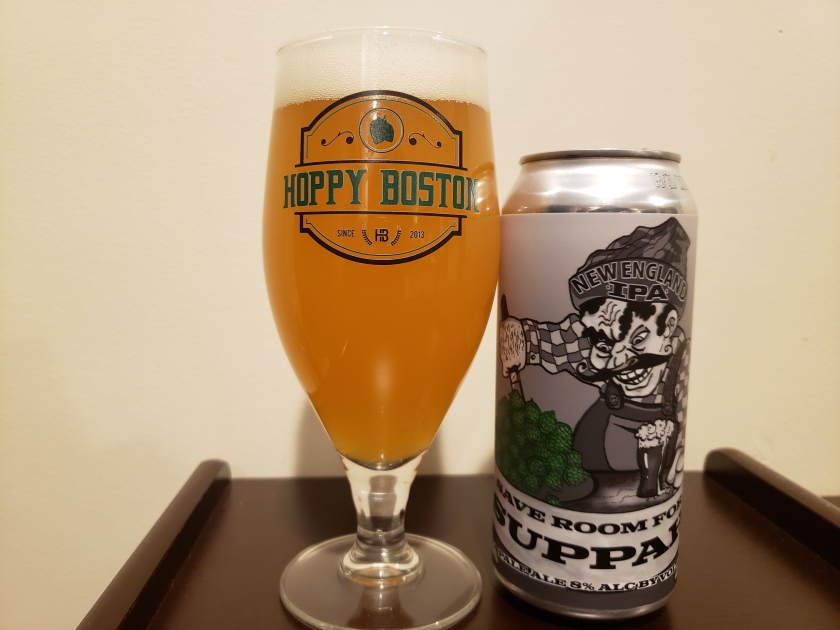 There are some regions of the state where I frequent and others I rarely visit, and this absolutely affects my ability to visit certain breweries, especially while I am in the parenting-young-kids stage of life. I live in Metrowest, work in Cambridge, and have family on the north shore, so I occasionally have a chance to visit breweries in those areas. Other areas, especially western Mass, the south shore, and the cape, are places I rarely make it to. I especially need to do a south shore/southeastern Mass beer tour at some point post-COVID, there are a ton of breweries in that area getting great buzz. Fortunately, many of these breweries are starting to distribute more, especially with taprooms closed, so I’ve gotten to try some of their beers. A great example is Canned Heat Brewing in Fall River, I have heard great things about their beers and I finally found got to try some after a recent stock-up run. One of the beers I grabbed is a DIPA named Save Room For Suppah, which is available on a rotating basis in 16 oz cans. 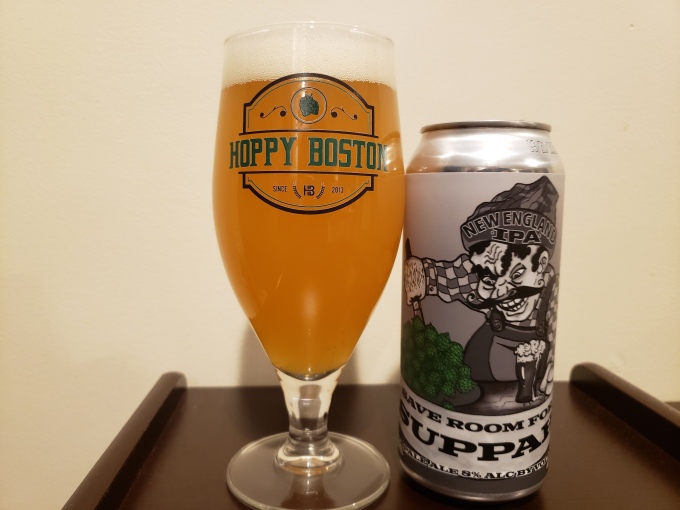 Canned Heat Save Room For Suppah pours murky light orange with a solid white head. The aroma features a burst of hops, lots of citrus and tropical fruit. The flavor is also hop forward, notes of guava, orange, and pineapple along with a mild and soft bitterness. This is balanced by a pale malt backbone, hints of cereal and bread crust. Save Room For Suppah is medium-bodied and very smooth, just cracking the DIPA level at 8.0% ABV. The finish is crisp with plenty of lingering hop flavor. This is a really good beer, big hop flavors, and goes down easy. I look forward to trying more Canned Heat beers in the near future and hopefully visiting the brewery once things get back towards normal. Hoppy Boston score: 4.5/5.