Welcome to the first Hoppy Boston beer thoughts/links article for 2020! For those of you who are new, this is a monthly feature where I link to articles covering everything that is going on in the local (and occasionally national) beer scene, providing commentary where appropriate. As always, feel free to send along anything that catches your eye and you think should be included in future versions of the article (even if it’s something you wrote, self-promotion is fine)!

I led off the new year with an article summarizing Hoppy Boston in 2019, including the most popular articles I wrote and a ranking of the best beers I reviewed all year, while also setting some goals for Hoppy Boston in 2020. More recently I wrote an article about the craft seltzer craze, and my opinion that the threat to craft beer is way overblown, but big beer should be worried. 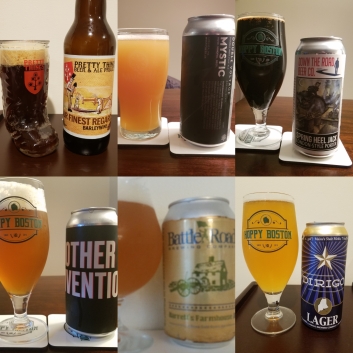 2019 was a big year in Massachusetts beer, with 28 new breweries and 9 new taprooms opening plus 3 expansions. Unfortunately, some of this growth was offset by the closures of 12 local breweries this year. I believe that this is going to be a trend, the era of explosive growth is over and every year is going to see a considerable number of breweries closing. Just to be clear, this isn’t a “bubble” where we’ll see a decline in total breweries, just a correction to the explosive growth over the last 5-10 years.

Last month I mentioned an unconfirmed report that the Backlash taproom in Roxbury was closed. This has now been confirmed, but the brewery will continue as a contract brand. I am a big fan of their beer and their brand, and hope that they find some more sustained success going forward.

January always has a bunch of year-in-review and new year’s resolution articles, and a few local ones caught my eye. The Mass Brew Brothers followed up their openings/closing articles (linked above) with a summary of the important events in local beer in 2019. Hunter Styles has Brew Year’s resolutions from the breweries of Western Massachusetts.

Sustainability and the environmental impact of brewing are going to continue to be significant topics, as they should be. Kristen Foster has an article on water, how breweries are combating water shortages and working towards sustainability, a major issue with brewing. Another significant issue are the plastic 4-pack can carriers which are difficult to recycle, if you just drop them in your regular recycling they will probably end up in a landfill. The Mass Brew Brothers have stories on local breweries working to reduce plastic waste, and on companies developing sustainable alternatives. 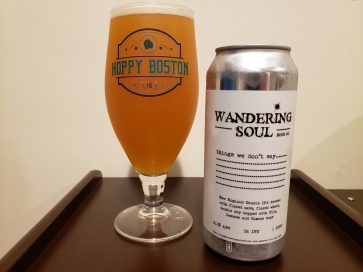 Gary Dzen has a profile of Wandering Soul Brewing, a brewery founded in response to a family tragedy. They make some really delicious beer, I recommend giving them a shot.

Western New England University Magazine has an expose on Loophole Brewing Services, a Western Mass craft beer incubator that is helping prospective brewers take the first steps towards starting their own breweries. This model has had a lot of success in tech, I could see it working well in beer too.

Hop Culture has an interview with Dino Funari, one of the co-founders of Vitamin Sea Brewing. Hop Culture recently named Vitamin Sea as their best brewery of 2019, high praise even if it is completely ridiculous to call any brewery the “best”.

Brewery openings/expansions: Bay State Brewing is opening their taproom in Worcester in February. Lord Hobo is doing another expansion to their Woburn taproom, including a beer garden. Sam Adams is opening their new downtown taproom this week.

Another brewery that had a very eventful recent launch is contract brand FAB Brewing. FAB was started by one of the original founders of Aeronaut, and mixes art and activism with locally produced can art and the investment of their proceeds in political causes. Soon after launch the other two original founders of Aeronaut sued FAB and their former partner, claiming that the brewery was using stolen recipes amongst other charges. Fortunately, the lawsuit has been settled, but that is a lot of drama for a brewery launch.

Springdale Brewing has launched a brand refresh, including new artwork and re-worked versions of their core hoppy beers. I am excited to try some of their new releases, I am usually impressed by Springdale beers.

The Mass Brew Brothers are kicking off Massachusetts Beer Week in March by hosting a beer festival with a twist, all of the beers will be tasted blind and rated by the festival-goers. I have been to a number of the MBB blind tastings, they do an excellent job hosting the events, and I am hoping to find a way to attend this!

Shipyard Brewing is releasing a number of new styles and going international, doing an exchange program with an Australian brewery, where each will feature the other brewery’s beers at their taproom. I wonder if some other breweries will give this a shot as a way to reach some different customers.

I struggled with my Clickbait Article of the Month award, nothing jumped out as pure clickbait. I am going to begrudgingly award this Hop Culture piece on 10 Hidden Gem breweries, just because it is ridiculous to narrow any list to 10, but congrats to the local breweries who are named.

That is it for January, thanks for reading!