This Fall I was up at my alma mater for a big college rugby team reunion, which featured some extended social time featuring the current team and over 75 alumni from across decades of rugby. It was a great time with old friends and new ones. Being back on campus I noticed a few things that were different, especially in the drinks department. Macro beer was still king among the college kids, there was plenty of Natty Light and Bud, just like when I was on campus, but I was surprised how much craft beer was around. When I was in college I would splurge on “better” beer when I could, but I would usually keep it for myself in a private fridge. At the house where they hosted the alumni group, there was a decent amount of craft options around. We brought some of our own beer (we were in Maine, so stops at Bissell and Maine Beer were a must), but I was impressed. The other thing that was very present on campus, and was definitely not available when I was an undergrad, was hard seltzer. White Claw and Truly were omnipresent wherever the college students were having drinks.

Hard Seltzer has been generating a lot of headlines with its rapid growth over the last couple of years. Sales of hard seltzer as a category passed 1 billion in 2019, which is amazing considering that hard seltzer barely existed a few years ago. Both craft breweries and big beer have jumped into the hard seltzer game, setting up another craft vs. crafty showdown with huge sales on the line. Local breweries like Night Shift and 2 Roads have made their own craft hard seltzers, while AB InBev is making a big bet on the category, launching Bud Light Seltzer (even if the name makes no sense). It is clear that the success of White Claw, Truly, and other seltzer brands has caught everyone’s attention, and breweries big and small are trying to get a piece of the pie. This has led to numerous think pieces on the effect hard seltzer will have on the beer industry and craft beer in particular. If a new alcoholic beverage comes in at 1 billion in sales some of that will come at the cost of other options. 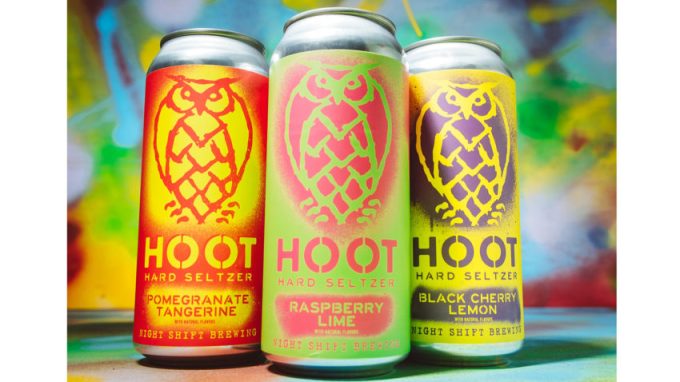 Despite all of the alarm bells, I actually think the threat of hard seltzer, at least in regards to craft beer’s market share, is hugely overblown. I just don’t see people reaching for a White Claw instead of a NEIPA. Now that doesn’t mean that many craft beer drinkers won’t also try some hard seltzer, just that it won’t have a huge effect on their total craft beer consumption. That is the thing about craft beer fans, many of them also enjoy other alcoholic beverages including wine, spirits and even (gasp!) macro beers on occasion. I don’t know anyone who drinks only craft beer and no other alcoholic beverages. I would guess that ~95% of my consumption is craft beer, but I still enjoy a variety of other drinks on occasion. So while a small percentage of craft beer drinkers might grab a White Claw instead of a beer here or there, I think it will be a small factor in the big picture. Craft beer drinkers are people willing to pay a premium price for a high-quality product, I don’t see them abandoning that for some lightly flavored alcoholic bubbly water.

Big beer is a different story. Inbev and Molson Coors are already seeing their flagship brands get squeezed by craft beer, spirits, flavored malt beverages and now seltzer. Brands that are especially susceptible are light beers like Bud Light, Miller Lite and Michelob Ultra which advertize on lower calorie/carb counts, and can easily get one-upped by seltzer (where every calorie is directly attributable to the alcohol). If you want to get a quick buzz on something that is easily crushable it will be hard to beat hard seltzer. I imagine that flavored vodka brands are also nervous since hard seltzer is basically the same as a flavored vodka with club soda. It is no surprise that big beer is making a hard push in the seltzer market, hoping to move the lost sales to their own brands. It will be very interesting to see how that works, especially with a well-established brand like White Claw holding such a huge percentage of the market share. 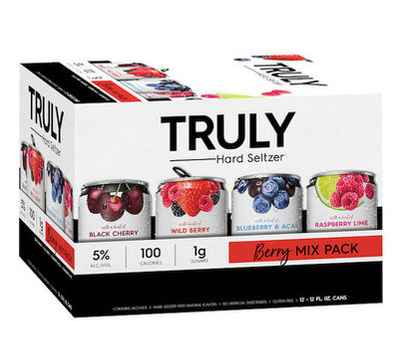 It remains to be seen how much staying power hard seltzer has, we’ve seen other flavor-of-the-month alcoholic beverages show huge sales for a short time and then fall off drastically. I could see seltzer having some staying power, although I am sure the growth will slow considerably and the glut of new brands will lead to price wars and a battle for market share. While I don’t want to minimize anything that can cut into the total volume of craft beer sales, especially with more breweries than ever competing for those dollars, I don’t think the long term impact of hard seltzer on craft beer will be that drastic. Regardless, instead of worrying about it or trying to compete in that space, craft brewers should be focusing on expanding the craft beer market and turning new groups of potential customers onto the awesomeness that is craft beer! Growing the customer base is the key to long term sustainability and success, not chasing every flash in the pan idea.

What do you think? Is hard seltzer here to stay? How big an effect will it have on craft beer? Leave your thoughts here or on social media.