I haven’t purchased or consumed a beer from Founder’s Brewing since I first read articles detailing the suit filed by a former employee alleging racial discrimination and recounting numerous negative experiences he had while working for the brewery. This belief has been reinforced repeatedly over the past year, Founders actions and responses to criticism have been tone-deaf, and it finally blew up in their face when a part of a deposition given by a taproom manager as part of the lawsuit leaked. The damning legal strategy gained national attention and led to the resignation of Founders Diversity Director (a position created in response to the initial backlash over the lawsuit). The recent uproar led to a long-overdue settlement of the lawsuit, but the utter lack of contrition makes it obvious that the leadership at the brewery still hasn’t learned anything from the experience. While some trolls and assholes know the entire story and insist they are still fine with drinking Founders beer, most reasonable people are done with the brewery, at least until they make some real changes to their company culture and admit the mistakes they have made. Inspired by a tweet from Will Gordon, who was wondering why there wasn’t a bunch of “drink this instead of Founders” articles, I have put together a list of stellar local beer that could be easily substituted for any Founders release that you might miss. Here are my choices, feel free to pass along any thoughts of your own! 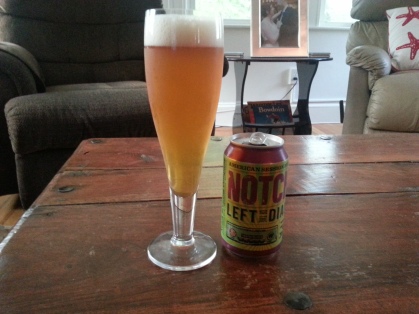 Instead of All Day IPA drink Notch Left of the Dial: Actually, you can choose pretty much any beer from Notch, they make a whole range of delicious and easy drinking hop-forward pale ales including Left of the Dial, Infinite Jest, and Dog and Pony Show. Also try: Night Shift Whirlpool, Backlash Bad Decision Juice.

Instead of KBS take a trip to Barreled Souls: Instead of picking a single beer here I recommend taking a road trip up to Saco, Maine and visit Barreled Souls, a brewery that excels in creative barrel-aged stouts and other high ABV styles. Also try: Bog Iron Old Kentucky Joe.

Instead of Breakfast Stout drink Exhibit A Sunday Paper: There are tons of quality coffee stouts and porters available locally, especially as breweries start to collaborate with small roasters or even make their own coffee. Sunday Paper is a standout, big and bold with a nice balance between malt and coffee flavor.  Also try: BBC Coffeehouse Porter, Tree House Double Shot.

Instead of CBS drink Springdale Maple Barrel Aged Brigadeiro: There are a few places you can get the stout/bourbon/maple syrup combination, an awesome treat for the upcoming cold winter months. The barrel-aged version of Brigadeiro is a stand-out, every bit as good as the highly-touted Founders beer and much easier to find. Also try: Hill Farmstead Beyond Good and Evil.

Instead of Rubaeus drink Lamplighter Raspberry Fields: I’ve actually never tasted Rubaeus, so I am basing this on the descriptions I’ve read. If you want raspberry flavor in a complex but still approachable wild/sour beer Raspberry Fields from Lamplighter is definitely worth grabbing, it’s part of their underrated barrel program. Also try: Allagash Coolship Red. 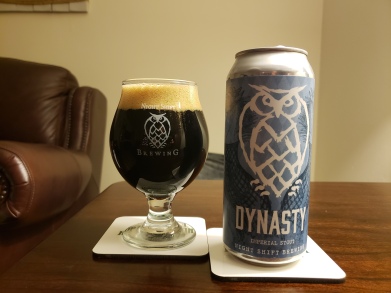 Instead of Founder’s Imperial Stout drink Night Shift Dynasty: It feels like there are relatively few imperial stouts with no additional adjuncts or barrel-aging involved, but Dynasty is awesome, just layers of rich roasted malt and dangerously drinkable for a big beer. Also try: Foundation Forge. 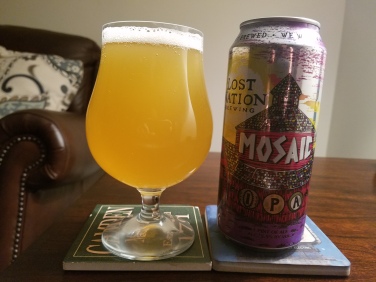 Instead of Mosaic Promise drink Lost Nation Mosaic IPA: I love Mosaic hops and this is one of my go-to beers, huge hop flavor, well-crafted and lower-ABV than most NEIPAs. Also try: Trillium Melcher Street IPA, Winter Hill Mosaica.

Instead of Dirty Bastard drink Medusa Moffat: I had to dig for this one, so few breweries make Scottish Ales right now. The release from Medusa is delicious, rich malt flavor and very smooth.

Those are my picks, feel free to chime in with some of your own and remind everyone to ignore the CBS release this week and drink some awesome non-racist local beers instead!