Welcome to the first Random Beer Thoughts and Links for 2019! We have a lot to get through, so get comfortable, open a tasty beer and dive in!

I personally knocked out a ton of content this month. I led off the year with at article recapping the year on Hoppy Boston and setting goals for 2019, followed by a rundown of the biggest stories in local beer in 2018. I also wrote a defense of beer flights after a small but vocal group of beer snobs attacked the idea of flights on social media. After a little hiatus I continued my series of profiles highlighting some of the most popular breweries in Massachusetts for The Full Pint with a look at Night Shift Brewing. Look for a couple more additions to that series in the next few months.

But enough about me, let’s get onto the links! There has been a ton of quality content produced this month across a number of sites.

One of my favorite articles of the month was Kristen Foster’s interview with John and Bill, two 70-somethings who get together every Friday at Notch Brewing for a couple beers and a few hours of conversation. Beer should be about bringing people together, and too much of that gets lost in the trophy-chasing craft beer culture.

That leads in nicely to another of my favorite articles, Kyle Kastranec’s manifesto that calls out the part of craft beer culture that can fetishize certain beers and breweries. Instead of following along he asks beer geeks to Banquet and Chill. I really wish I wrote this article, it did a brilliant job pointing out some of the issues in modern beer culture in a constructive way.

The Burnout Beer Guy asks a salient question: is craft beer burning out? The culture that requires breweries to make a constant stream of new beers in order to stay relevant needs to end. I love innovation and variety, but I am sick of buying a constant stream of work-in-progress beers because breweries don’t have the time or capacity to perfect recipes anymore.

The start of the new year always brings a number of articles re-capping the previous 12 months, and this January is no different. The Mass Brew Brothers have their re-cap of everything that happened in Massachusetts beer in 2018. Allagash has an awesome review of their year in beer, including some impressive stats.

Dr. J. Nikol Jackson-Beckham, the first Brewer’s Association Diversity Ambassador, looks back at her first year on the job and makes some requests to all of us involved in the industry. She is doing some great things and this article definitely made me think.

The new year also brings an array of forward-looking articles and beer related new year’s resolutions. The Full Pint has five hopes for beer in 2019. Local homebrewer and blogger Jason Chalifour lays out his resolutions for 2019. The Fervent Few also has a series of beer related resolutions. Hop Culture picks the 15 best breweries to watch in 2019.

The Mass Brew Brothers have a round up of all of the Massachusetts breweries planning on opening in 2019. It’s a pretty big list, but it was last year too and many of the openings were delayed or outright cancelled. Still, it should be another big year for beer in Massachusetts.

With this second location for Austin Street the Yeast Bayside neighborhood has established itself as a second brewery hub in Portland, an alternative to the must-visit group of breweries on Industrial Way.

The Mass Brew Brothers have churned out an impressive amount of blog content this month. They have a list of 23 strange and interesting beers you need to try if you are headed to Extreme Beer Fest this weekend. They also have a list of 10 local taprooms that are dog friendly, even in the wintertime. Finally, they just released the results of their latest blind tasting, this one covering 12 local lagers. I was disappointed to miss the lager tasting, but the results added a few new beers to my must-try-soon list!

I was blown away by the way the craft beer community came together by brewing the Sierra Nevada Resilience recipe and donating the proceeds to the related charity, raising over 15 million dollars in the process.

In a local example of brewers coming together to do good Wormtown and Wachusett are collaborating on Worcester’s Bravest, a beer to benefit the daughter of a fallen firefighter.

Local blog Bearded and Brewed has a profile of the Black Ale Project, a local charity that partners with breweries to raise funds for organizations that provide assistance to veterans.

Beer writer Stephen Beaumont is launching the #FlagshipFebruary movement, trying to encourage an increasingly promiscuous beer drinking community to revisit some classic flagship beers. I love the idea, and need to stock up on some flagships this weekend.

Local blogger Got Hops has a profile of Saltbox Kitchen, the restaurant and brewery in Concord. I live relatively close and really need to check them out.

Beervana recounts another story of a brewer making traditional Belgian beer styles and struggling, then taking off when they started brewing IPAs. The mono-culture that craft beer is becoming, where it is hard to be successful without brewing hop bombs, is kind of depressing.

For the science and brewing nerds out there, Claire Bullen writes about the changes that the aromatic compounds from hops undergo when they are present during active fermentation. 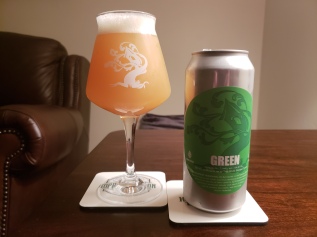 Tree House Brewing is installing an impressive new water treatment plant as a way to minimize the environmental impact of their brewery.

Hop Culture is doing a back to basics series where they chat and homebrew a batch of beer with a professional brewer. A recent entry profiles Stephen Andrews from popular Connecticut brewery Fox Farm.

Thrillist wins the award for best click-bait article of the month, choosing the most underrated brewery in each state. Their choices for New England are all pretty good.

That is it for January, I hope I covered everything! As always thanks for reading and feel free to pass along any articles that you would like me to feature.