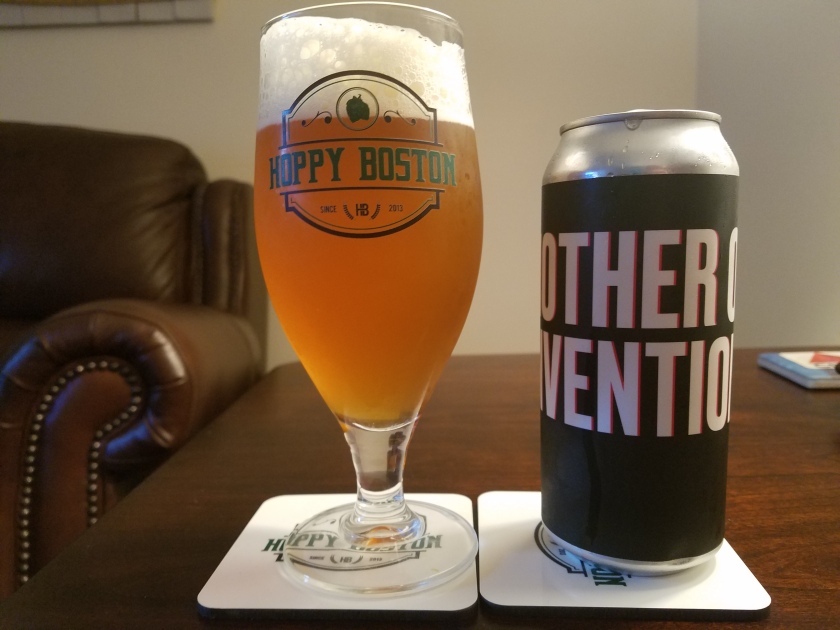 With all of the breweries that have opened in the last few years, and all of the new ones opening or in various stages of planning, the local beer market is very competitive. Some argue that we are reaching saturation, I’m not sure if that is true, but a brewery needs to make stellar beer and do a great job managing their brand in order to thrive. I’ve written a bit about the pros and cons of contact brewing (lower start up costs and overhead but a reliance on distribution) versus opening a physical taproom (selling beer directly to customers but many more potential headaches). One model that has worked well for a number of local breweries is starting as a contract brewery, building the brand and a following, and then opening a taproom later. One brewery that has built a devoted customer base and has a ton of buzz heading into the opening of their taproom (it’s opening soon in Roxbury, still waiting on an official date) is Backlash Brewing. Backlash has started brewing some beer at the new location and has had pop-up shops with cans to go, leading to even more anticipation for the eventual opening of their taproom. One recent release is Mother of Invention, an American pale ale available on a rotating basis of draft and in 16 oz cans, and hopefully soon pouring at the new taproom!

Backlash Mother of Invention pours slightly hazy orange with a solid white head. The aroma is solidly hoppy, fruity and floral. The flavor is hop forward, notes of orange, grapefruit and pine along with a crisp bitterness. The hop flavor is complemented by a mild malt backbone, hints of cereal and bread crust. Mother of Invention is medium bodied and very easy to drink, sessionable at 5.0% ABV. The finish is crisp with some lingering hop flavor. Backlash makes a lot of extreme beers, with huge flavors and ABVs, it’s nice to see a beer like this that is easy drinking and lower alcohol while still packing good flavor. I look forward to the brewery opening and hopefully a more consistent supply of Backlash beers! Hoppy Boston score: 4.25/5.