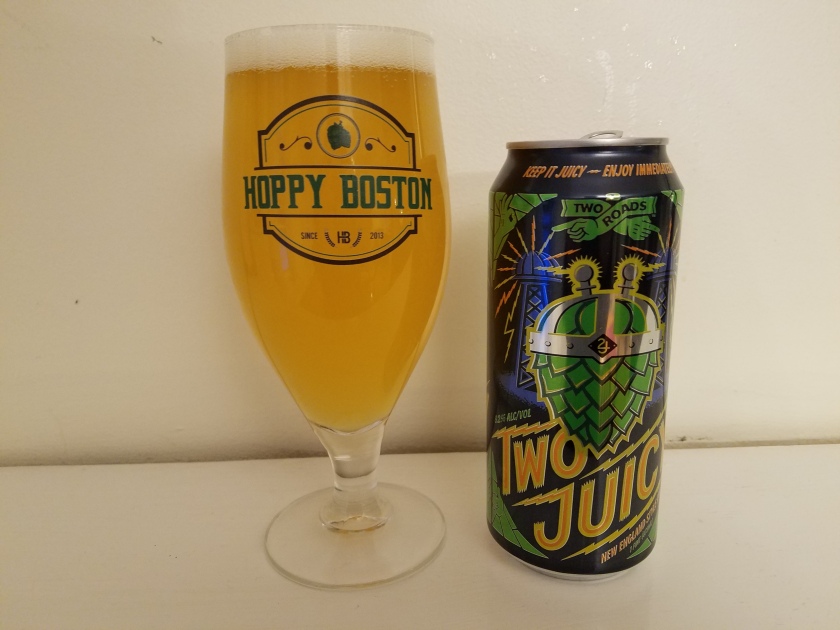 One of the most interesting developments in the early part of the year has been mid-sized and larger breweries jumping on the New England IPA bandwagon. Breweries like Sam Adams, Sierra Nevada and New Belgium have introduced hazy and low bitterness hop-forward ales and began distribution across the country. This is a big change for the style, most of the breweries that spearheaded the popularity of NEIPAs are small and sell the majority of their beer directly to consumers from their breweries. It will be interesting to see how the beers do in wide distribution, the style is notorious for it’s short shelf life. One brewery who has been brewing and distributing a NEIPA for a while is Two Roads Brewery. Two Roads has managed to launch their double NEIPA Two Juicy across a number of states and they do a good job keeping fresh beer on the shelves and draft accounts. Two Roads Two Juicy is brewed with Hallertauer Blanc, Citra and Mandarina Bavaria hops and is available year round on draft and in 16 oz cans. 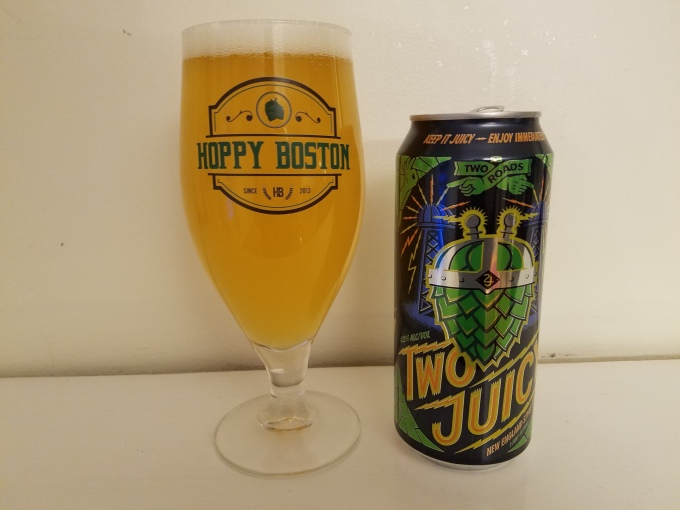 Two Roads Two Juicy pours hazy light yellow with a solid white head. The scent is a solid burst of hops, lots of tropical fruit. The flavor is hop forward, notes of pineapple, mango and stone fruit along with a crisp bitter bite. There is just enough malt for balance, hints of bread dough and cereal. Two Juicy is medium bodied with a solidly rich mouthfeel and packs a little punch at 8.2% ABV. The finish is crisp with plenty of hop flavor. This is a really nice NEIPA, plenty of hop flavor and super easy to drink for a bigger beer. Hoppy Boston score: 4.5/5.