As my frequent readers know, I hate waiting in line for beer. There are a few local breweries that make amazing beers but I never travel to because the combination of  long lines and can limits kill my excitement to make the trek. That being said, there are a large number of beer geeks who seem to have no problem standing in lines, and quickly line up for any beer release that excites them. Some breweries have heard the complaints about the lines from loyal cutomers and have decided on alternate strategies for limited release beers. Aeronaut Brewing has come up with a great way to sell their most recent batch of Double Hop Hop, their sought after DIPA. Instead of sharing a release date/time on social media and asking people to wait in line, they allowed customers to purchase a ticket online ahead of time, and then trade in the ticket for a 4 pack of cans once the beer is ready. From what I heard the release was easy, even people who stopped by on day one were in and out with their beer. Fortunately for me Aeronaut sent along a sample along with a special glass, which I was very excited to use. Aeronaut Double Hop Hop is loaded with Citra and Mosaic hops and available on a limited basis in 16 oz tallboy cans. 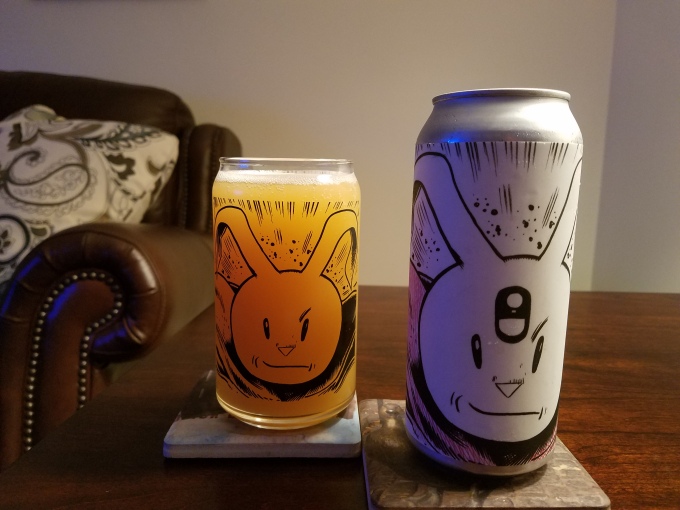 Aeronaut Double Hop Hop pours murky orange with a small white head. The aroma features a nice burst of hops, mostly citrus with an undercurrent of floral aromas. The hops also dominate the flavor, notes of grapefruit, papaya, tangerine and a little pine. The floral/pine notes along with a soft but persistent bitterness keep the beer from being straight juicy NEIPA, but it checks most of the boxes you look for in the style. The hops are balanced by a full malt backbone, hints of bread dough and cereal. Double Hop Hop has a full mouthfeel but drinks very easy for 8.4% ABV. The finish is crisp with some lingering hop flavor and just a little bitterness. This beer is stellar, enough fruity flavor and aroma for the most passionate of juice-heads but the other flavors add needed complexity. I really enjoyed Double Hop Hop and would happily (not) wait in line for the next batch! Hoppy Boston score: 4.75/5.