The biggest recent story in the beer world has been about Sam Adams. It started when founder Jim Koch wrote at op-ed for the New York Times. Koch said that lax government oversight is allowing big beer conglomerates to create monopolies at the expense of craft beer. It’s probably not a coincidence that this op-ed was published around the time that Boston Beer (Sam Adams’ parent company) released more disappointing earnings figures. There were a number of good responses to the article; Hop Culture has a great follow up interview with Koch, Greg Doroski discusses the competition Sam Adams has from small and big beer, Brian Roth discusses the perception that Sam Adams isn’t craft beer, Oliver Grey writes about their constant changes in style and trend chasing, and Jason Notte has suggestions for what Sam Adams can do next. 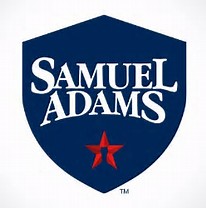 Those articles cover a lot, but there are a few points that I especially agree with. I think that the big beer conglomerates definitely hurt Sam Adams, the average person buying a 12 pack in the grocery store doesn’t know that InBev owns Goose Island (and they probably don’t care). The expansion of brands like Goose, Lagunitas and Ballast Point eat into the supermarket/convenience store sales that are key for a bigger brewery. It also hurts that Sam Adams isn’t popular with beer geeks (outside of a couple very small releases like Utopias). Other larger craft brewers have found ways to balance large sales with innovation that drives hype, for example the Beer Camp festivals and mix packs from Sierra Nevada. Owning alcoholic iced tea and seltzer brands probably doesn’t help with the perception that Boston Beer isn’t focused on brewing great beer.

What should Sam Adams do from here? I think they definitely need to re-evaluate the huge number of beers they make. There are some delicious beers in the Sam Adams portfolio, including a few that were ahead of their time. There are also a number of mediocre offerings. They could focus on a small number of core year-round and seasonal offerings and send everything else into retirement or use it as part of a rotating beer series. I also love Jason Notte’s idea that Sam Adams could open full service tasting rooms at each of their locations. This won’t be a huge money maker for a company that big but it will be a good way to connect directly with their customers and get feedback on in-progress recipes. I don’t think any of these ideas will cause an explosion of sales, but they are steps in the right direction. It should be very interesting to see what the future holds for one of the most important breweries in American beer.

Foulmouthed Brewing in Maine is completely eschewing flagship beers, in favor of constantly rotating through different recipes. I could see more breweries trying this, so many beer drinkers are constantly chasing novelty that it helps to have different selection of beers all the time.

The Mass Brew Brothers have a rundown of a few new breweries that are opening, and a few more that are closing. Unfortunately I think we’ll see more of this, where the rapid growth in total breweries will be slowed somewhat by closings.

Hop Culture has an interview with Allagash head brewer Jason Perkins. I was at Allagash this weekend and had a great time taking the brewery tour. I even pitched a beer idea; they are going to stop brewing Dubbel so I though it would be fun to send it out in style by making a batch aged in port barrels.

This is the first time I’ve posted a link from ESPN, but they did an interesting article on brewer/rugby player Bev Armstrong from Brazo Fuerte. I played rugby in college and love the sport, so this hits a number of my personal passions.

Cambridge Brewing Company brewmaster Will Meyers won the Russell Schehrer award for innovation in craft brewing. This is well deserved, it’s easy to forget how large an impact CBC has had on the local and national beer scene. One of Will’s biggest areas of contribution is being at the forefront of barrel aging programs. The Mass Brew Bros have a very interesting summary on the contributions Massachusetts breweries have made to barrel aged beers.

The new tasting room at Mayflower Brewing company is now open. I have some friends on the south shore, I might need to schedule a visit and make the brewery stop a part of the trip.

BostInno has an article on the TAPPED beer truck, a rolling bar that is focused on having high end local beer available for functions. My brother got a version of this for his wedding in Pennsylvania a few years back and it was a big hit.

A couple of Portland breweries have banned dogs after having potentially dangerous incidents in their tasting rooms. It sounds like a small number of irresponsible people ruined it for everyone, but I understand making this decision based on liability concerns.

Norm Miller has a rundown of the new beer camp mix pack from Sierra Nevada. It’s an eclectic array of beers from brewers around the world, and I will definitely give it a shot.

I think the Sobro, a multi-functional coffee table/beer fridge will soon become a staple of man caves everywhere.

That’s it for this month, as always thanks for reading and feel free to pass along any links that you would like to see included in next month’s roundup!