Last year Sierra Nevada launched Beer Camp, a series of beer festivals in different cities across the country. As part of this celebration they brewed 12 collaboration beers each one with a different brewer in a Beer Camp host city. The 12 beers were sold as a 12-pack, which sold out incredibly quickly around here so I never got a chance to try it. The reviews I read all told a pretty similar tale, the beers were OK but expectations were much higher considering the names on the bottles. This year Sierra Nevada is doing a similar touring beer festival, but the 12 pack is slightly different, it features 6 different beers that are each a collaboration between Sierra Nevada and 5 breweries in a particular region of the country. I was able to grab a twelve pack and spent my weekend sampling a critiquing each of the beers, it’s a tough job but somebody has to do it. I’ll give my thoughts on three today and then do the other three and a summary tomorrow. 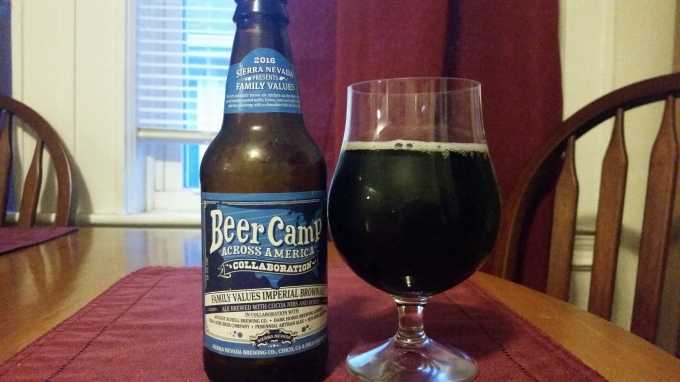 Family Values Imperial Brown Ale: Represents the Midwest in collaboration with Dark Horse, Half Acre, Perennial, Schell’s and Sun King. This is a flavorful and very malt forward brown ale brewed with wild rice, oats, cocoa nibs and honey sourced from Midwestern states. It’s full bodied and plenty of chocolate, caramel and toasted bread flavor, and packs some punch at 8.5% ABV. There are just enough grassy/earthy hops to keep the beer from being overly sweet, and it drinks very easy for a bigger beer. Brown ales aren’t my favorite style but I really enjoyed this beer. Hoppy Boston score: 4.25/5. 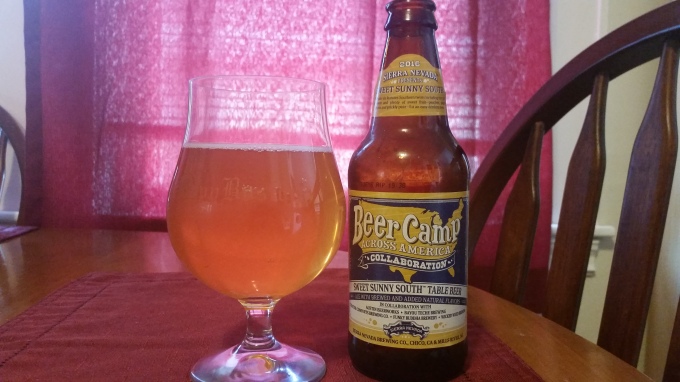 Sweet Sunny South Southern Table Beer: Represents the South in collaboration with Austin Beerworks, Bayou Teche, Creature Comforts, Funky Buddha and Wicked Weed. Again the focus is local ingredients in this saison brewed with corn grits, black tea, honeysuckle, peach, papaya, guava and prickly pear. The adjunct ingredients lead the flvor here, especially the peach, papaya and guava along with a little tea. This is complemented by the fruity hops which add some orange, lemon and grape notes. The beer is light and refreshing and sessionable at 4.9% ABV. My only criticism is that I don’t get much of that distinct yeasty flavor that I expect from a saison, if you’d told me this was an APA I would have believed you. Still, a very nice offering for summer. Hoppy Boston score: 4.25/5. 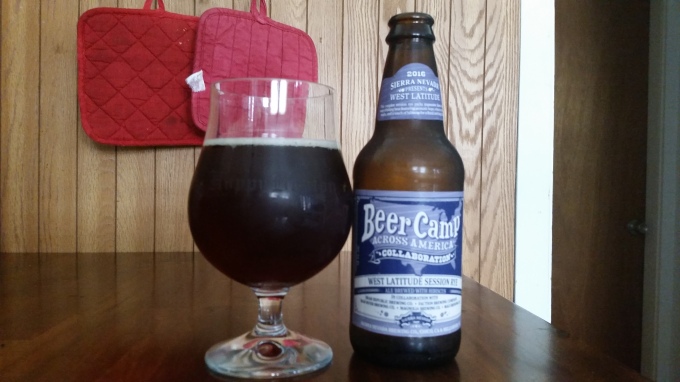 West Latitude Session Rye: Represents Northern California in collaboration with Bear Republic, Faction, Mad River, Magnolia and Maui Brewing. A rye ale brewed with a solid dose of New World hops along with hibiscus. First and foremost, it is kind of disingenuous to call this a session beer at 5.5% ABV, the highest “limit” I’ve seen for session beers is 5%. I was also really surprised by how dark this beer was, not what I expected in a rye ale. That being said, the beer is delicious, spicy rye, some roasted malt barley and midnight wheat, fruity hops and hibiscus all come together to make a beer that is complex and delicious. This was one of my personal favorites in the sampler, I think there was one beer I liked slightly better, but you’ll have to wait until tomorrow to find out which one! Hoppy Boston score: 4.5/5.