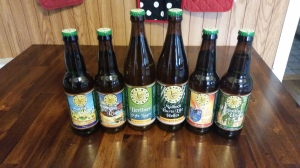 Location: Jack’s Abby has a tasting room at the brewery, located at 81 Morton Street in Framingham, MA. The tasting room sells full pours and tasting flights along with bottles and growlers to go. They tap a specialty cask every week, usually with dry-hopped variants of some of their hop-forward beers. While they bottle most of their beers the tasting room usually also features a few brewery-only specialties. They are in the process of expanding and building a huge new facility in Framingham, I’ll update this when it opens!

Leadoff: Most small breweries predominantly brew ales, the shorter times and higher temperatures used in ale fermentation makes it more economical to produce. The downside is that many traditional lager styles haven’t seen the same attention and innovation that American brewers have devoted to their ales. Enter Jack’s Abby Brewing who decided to stand out in an increasingly competitive beer marketplace by producing only lager beers. Since they founded the brewery in 2011 brothers Jack, Eric and Sam Hendler have revolutionized lager production, producing incredible versions of classic styles while also inventing entirely new types of lager beer. The brewers believe that the extra time required to brew lagers pays off in the clean and crisp flavor profile of the final beer. The incredible range of flavors that Jack’s Abby coaxes out of their lagers has been extremely well received by the beer community as they are now one of the most well-respected brewers in the country.

Mass Rising: A double India Pale Lager with incredibly light body and a huge dose of aromatic hops that easily mask the 8% ABV. This beer is dangerously easy to drink for a higher ABV brew.

Framinghammer: Most beers that fall under the porter umbrella are ales, but the Baltic porter style are dark and alcoholic lagers. Framinghammer is one of the best Baltic porters on the market. Rich and boozy but goes down shockingly easily. The barrel-aged versions get a lot of attention, but I’ve always loved the original.

Smoke and Dagger: Dark and malty with just enough smoke to enhance the flavor of the beer without overwhelming it. Many bars offer Smoke and Dagger on nitro, I highly recommend giving it a try if you see it on a menu.

Sunny Ridge Pilsner: One of the most flavorful and well constructed versions of the pilsner style that I’ve ever tasted. This summer seasonal is light and crushable but still complex and delicious. 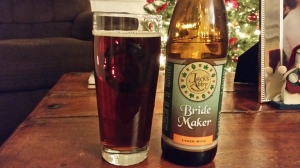 Other Beers You Should Try: Bride Maker is one of the only lager wines (a lager version of a barleywine) I’ve seen, and it is chock full of malt flavor and booziness. The year-round session lager Jabby Brau is light and easy to drink but still full flavored. It is no surprise that a lager-centric brewery would make a traditional marzen style for Octoberfest, and Copper Legend lives up to the name. Kiwi Rising is a DIPL in the vein of Mass Rising but using fruity hops from New Zealand. Spring seasonal Maibock Hurts Like Helles is a traditional lager with a nice balance of malt and hop flavors. Red Tape Lager was named in honor of the bureaucracy in MA that puts countless obstacles in place for brewers that want to make and sell great beer. I am a huge dopplebock fan, and Saxonator is a deliciously malty and easy to drink version of the style. 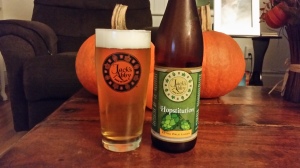 Hopstitution Series: Many breweries are doing single hop or rotating hop beers that keep a consistent malt/yeast profile and showcase different single hops variety or combinations. Jack’s Abby’s Hopstitution series uses a pale lager body that is aggressively hopped with a combination of hops du jour. Every version of this beer that I’ve tried has been well done. I reviewed Hopstitution BAM, and Calyptra was so popular that it has been converted into a regular release. 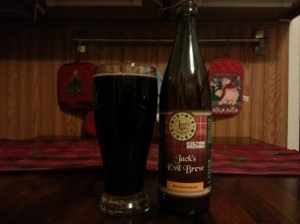 Sour Project: The popularity of sour beers has exploded over the last few years and many brewers are starting barrel programs to establish their own versions of this popular style. While most traditional sour beers are variations on ales, Jack’s Abby is making a number of sour lagers. They started with Berliner Style Lager, a Berliner weisse fermented with lager yeast. This summer the brewery will be releasing a series of new sour beers, I’m looking forward to seeing how they turned out! 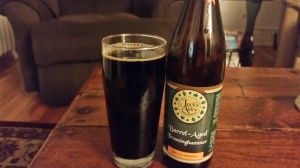 Framinghammer Variants: While the standard version of Framinghammer Baltic porter is a great beer in and of itself, Jack’s Abby also makes a number of barrel-aged versions. The standard Barrel-Aged Framinghammer is conditioned in bourbon barrels, adding a solid but not overbearing whiskey flavor. The other versions are also aged in bourbon barrels with the addition of Vanilla, Coffee, Cocoa-Nut (chocolate and coconut) or Peanut Butter and Jelly (yes, seriously). All of the versions are limited release and some are brewery-only.

Final Thoughts: It is no coincidence that I have reviewed more beers from Jack’s Abby than from any other brewery, they make an impressive breadth of tasty lagers. No “best breweries” in New England list is complete without this powerhouse out of Framingham. I am excited for the opening of the new brewery and to see what they come up with next!