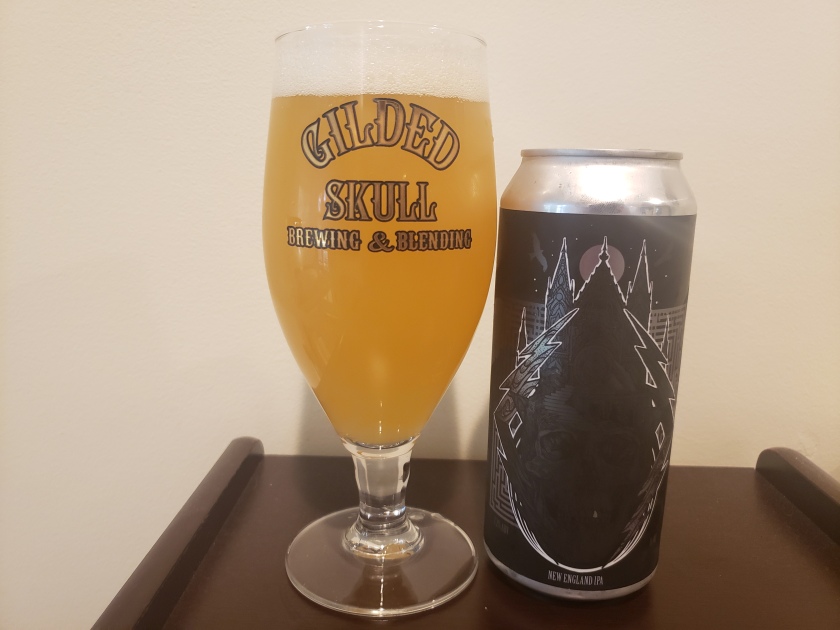 When a new local brewery is trying to fund-raise in an effort to get off the ground I usually try to throw in a few bucks, I am fortunate enough to be able to afford it and I am always on board with more local beers. I am especially interested in supporting new breweries with an interesting story or perspective, which is why I was quick to contribute to the Kickstarter campaign for Gilded Skull Brewing. Gilded Skull brewer and founder Neil Kade is an accomplished homebrewer who has spent the last couple years battling a rare form of liver cancer, and used the illness as a wake-up call to make his dreams of starting his own brewery a reality. As someone whose day job is developing new treatments for cancer it is great to see people who are battling the disease still achieve their dreams. Gilded Skull is inspired by two of Kade’s passions, beer and metal music. Their brand, logo and artwork are based on themes from his favorite bands and designed by artists that have also worked with some of these musicians. Gilded Skull has initially launched as a contract brand, brewing beers at Castle Island and Granite Coast. While Neil’s beer passion is barrel-aged saisons and sours (some of which are conditioning at Granite Coast), his first release is a NEIPA brewed at Castle Island called Gilded Empire. Gilded Skull Gilded Empire is brewed with Citra, Cashmere and Lotus hops and is available now on draft and in 16 oz cans.

Gilded Skull Gilded Empire pours murky light orange with a solid white head. The aroma features a big hit of hops, lots of tropical fruit. The hops lead the flavor too, hints of pineapple, mango and clementine along with a mild and soft bitterness, this is the definition of a NEIPA. A full malt backbone adds balance and touches of bread dough and cereal. Gilded Empire is medium bodied and smooth, at 7.2% ABV it is on par with many NEIPAs. The finish is crisp with some lingering hop flavor. This is a good NEIPA and a really nice introduction to the brewery, I look forward to seeing what else Gilded Skull has in store and I especially look forward to trying the beers from their barrel programs! Hoppy Boston score: 4.25/5.