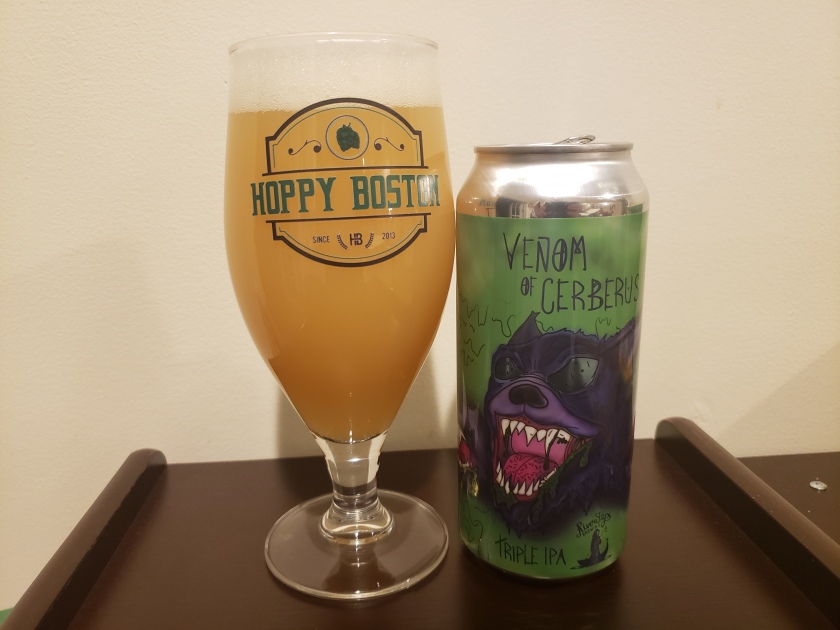 My number one and number two goals for Hoppy Boston in 2020 are to write more about Massachusetts beers and to visit more local breweries, especially those I’ve never been to and those I haven’t been back to in way too long. One brewery that is high on the must-visit-soon list is River Styx in Fitchburg, I’ve heard great things about the place and their beer but have never made the trip. Fortunately, some of their beers have become available in limited distribution in the state, I found a few at Craft Beer Cellar in Westford on my last stock-up run. River Styx is named after the river that souls must cross to enter the underworld in Greek mythology, and their beers all have names connecting them to various Greek myths. Their beers also tend to be aggressive, lots of IPAs and stouts with big flavors and big ABVs. One of the beers I grabbed was Venom of Cerberus, a triple New England style IPA named after the three-headed hound that guarded the entrance to the underworld. River Styx Venom of Cerberus is available on a rotating basis on draft and in 16 oz cans. 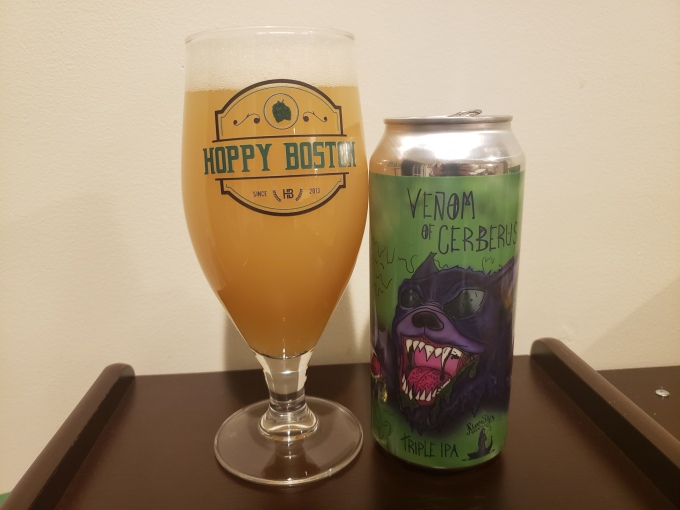 River Styx Venom of Cerberus pours murky light yellow with a solid white head. The aroma features a big burst of fruity hops. The flavor is also hop forward, notes of peach, berry, grapefruit, and papaya along with some late bitter bite. A sturdy malt backbone adds balance along with hints of cereal and whole-grain bread. Venom of Cerberus is full-bodied, smooth and very much a big beer at 10% ABV. The finish is crisp with some lingering hop flavor. This beer is all you expect from a “triple IPA” big hops and big booze but still pretty easy drinking. I need to try more River Styx beers soon, and make the trek out to the brewery in Fitchburg at some point this year! Hoppy Boston score: 4.25/5.