I just realized that I haven’t done a Best Beers reviewed on Hoppy Boston recap acticle since the end of spring. I skipped the summer version because I only had one qualifying beer, lots of good beers but few that were great. This fall I reviewed 4 new beers that qualify for addition to the Hoppy Boston’s Favorite Beers list, and as a bonus I’ll also recap the qualifying beer from the summer in case you missed it. All these beers are stellar, definitely worth grabbing if you get a chance. As always, feel free to pass along any suggestions of awesome beers you think I need to try and then review!

Maine Beer Co. Dinner: One of the original local unicorn beers that inspired people to sleep in their cars ahead of a bottle release, and it absolutely lives up to the hype. Huge hop flavors, pungent aroma, smooth and incredibly easy-drinking for a DIPA. Much easier to find now too with the MBC expansion, you still need to drive to Freeport but it is usually available!

Orono Brewing The Way Life Should Be: The first beer I’ve ever tried from Orono Brewing and it was stellar. Just what you are looking for in a NEIPA, loads of fruity hops and a soft bitterness that makes it so drinkable. 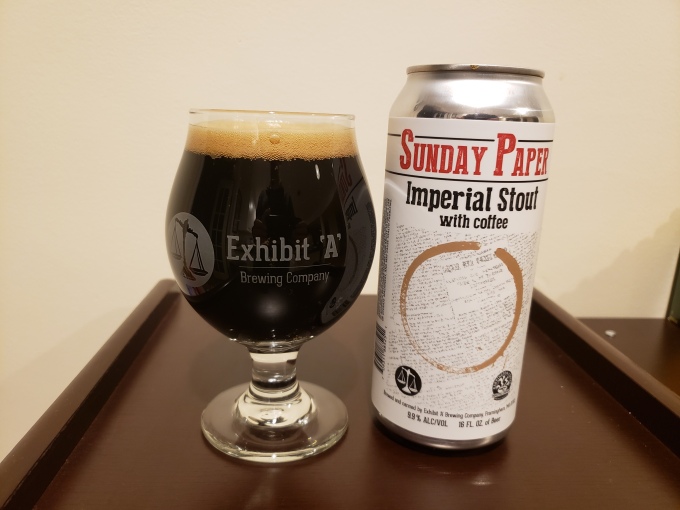 Exhibit A Sunday Paper: A beer I’ve enjoyed multiple times before but just got around to reviewing. Rich malt flavor, enough coffee to complement without overwhelming the malts, goes down way too easy for a big beer.

Bissell Brothers The Nuclear Whim With the Fuse of a Mile: Another exceptional hoppy beer from Bissell Brothers, they really know how to construct a delicious ale that gets every ounce of flavor out of the hops.

That is it for fall/summer, look forward to more reviews this winter, hopefully highlighting some stellar dark, malty and boozy offerings!