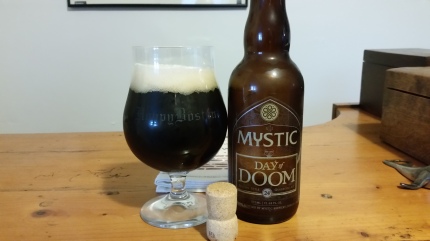 The most shocking news in local beer this month was the news that Mystic Brewing has decided to close, their last day was Saturday although you can still find some of their beers on local shelves and taps. Soon after the news came out Mystic founder Bryan Greenhagen went on a Beer Advocate message board and responded to some of the rumors and misinformation that had been circulating. It sounds like the biggest issue was the taproom, the location wasn’t easy to get to and didn’t have other businesses in the area that would bring foot traffic. They were just getting by in Chelsea, not making enough money to allow the brand to grow or move into a better location.

While the brewery is done for now there is always a chance that the brand could be revitalized in the future, an idea that Greenhagen muses about in a recent chat with Gary Dzen. Boston Magazine also has a feature on Mystic, and why the brewery is calling it quits.

I wrote a couple pieces on Mystic this month. First I penned some of my thoughts on Mystic Brewing, my disappointment in the announcement that they were closing and the role they played in my journey towards beer geek-dom. I followed up with an article ranking my all-time favorite Mystic beers.  I love Belgian beer styles and there aren’t enough local breweries that do these flavorful beers justice, it sucks that Mystic felt the need to move away from those styles and then to close shop. I really hope we’ll see Table Beer, Day of Doom, Entropy, and Mary of the Gael back at some point in the future. 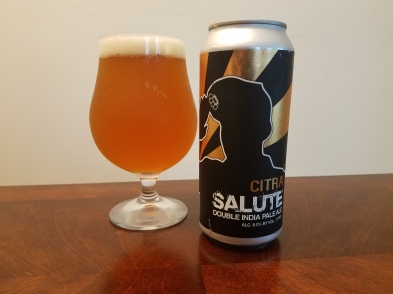 Mystic wasn’t the only brewery to have issues this month. Backlash is apparently in danger of losing their brewery, their landlord is trying to rent it out to others and business has been slower than expected. It seems like they have hit every possible problem, inconsistent availability of beer when they were transitioning from a contract brand into their own brewery followed by lots of delays in opening the taproom. As of now they are still open, so grab some of their beers or hit the brewery if you can.

Also mentioned in the Backlash article is the fate of Down the Road Brewery in Everett. Down the Road closed up after founder and head brewer Donovan Bailey suddenly passed away in July. Now it appears they are closed for good, and that the brewery was having financial difficulties before the tragedy. 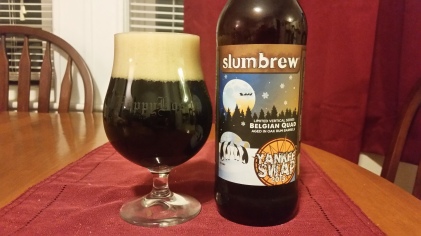 Another brewery going through a rough patch financially is Slumbrew, who filed for Chapter 11 bankruptcy protection this month. I imagine the rent in Assembly Row isn’t cheap. Both Slumbrew taprooms are still open, so swing by and grab a pint or some beer to go.

Another brewery that appears to be closed is Battle Road Brewing in Maynard. I don’t have a link to share yet, but I’ve heard a bunch of rumors including the following tweet from last Saturday:

I think @BattleRoadBH is now closed. Lights off and no one is home.

Now their Facebook lists the brewery as permanently closed. Earlier this year there was an announcement of a collaboration/partnership between Wormtown and Battle Road, not sure what happened to that. I will pass along more info when I hear it. I really hope something good moves into the Battle Road space, it’s right down the road from my house and it is a great location and taproom.

With all of these closings/financial issues for breweries there has been renewed talk of a local craft beer bubble. The Mass Brew Brothers recently wrote an article on the subject, quoting other local beer writers and industry people. I still don’t think it is a true bubble, where we will have a plummeting number of total breweries a bunch close. That being said, the rate of growth over the last decade is unsustainable, and breweries closing is part of finding the right equilibrium of the total number/volume that the local market can support. I think we will have more surprising closings coming over the next few years too, breweries that make awesome beer but have over-extended themselves with debt or poor business decisions. 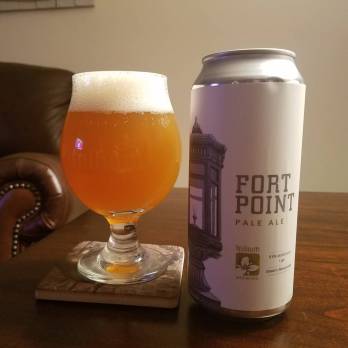 Here is some good news; brewery openings and expansions!: Distraction Brewing is open in Roslindale, with a German-style beer garden coming in 2020. Tackle Box Brewing is open on Rt 20 in Marlborough, sharing a location with Strange Brew. Trillium’s new brewery in the Fenway neighborhood is open today. Tree House is expanding again after purchasing a lot adjacent to their brewery in order to build warehouse space to store cans and ingredients. Hopsters is doubling the size of it’s Newton brewery (which no longer has the brew-your-own feature) and is releasing its own line of hard seltzer. Small Change has joined on with Night Shift distributing, responding to a steady increase in demand for their beers.

Notch has announced their second location, in Brighton as part of the Charles River Speedway. I was really hoping for Cambridge near my office (or Metrowest near my house, but that was a pipedream), but I’ll be excited to check out the new spot when it opens.

Lord Hobo has announced that they are building a massive new brewery in the Seaport, when it’s completed it will be one of the largest restaurants in the whole city. It will be really interesting to see how that works out.

Bog Iron Brewing and Black Hat Brew Works have teamed up to launch Liberated Beveridge Distribution Company. I love seeing breweries tackle the issues with distribution by lanching brewery-owned distribution companies. I also like the idea of tweaking the ordering/distribution system in order to get the freshest possible beer to bars and bottle shops. I hope they expand their reach up to the Metrowest soon!

There has been a lot of talk on the need for more diverse representation in the craft beer world, and at least one local brewery is making an effort to put this into action. Redemption Rock filled the positions in their taproom using a blind hiring system to try and keep any inherent bias out of the process. The results of this experiment are really interesting.

Here is your monthly reminder that Founders Brewing is racist trash and you absolutely shouldn’t buy or sell their beer.

The Worcester Business Journal has an article on the vibrant and rapidly growing brewery scene in the city.

Exhale has a list of 6 Massachusetts fall seasonal beers that you need to try.

Here is a complete list of medal winners from the Great American Beer Festival. There are always relatively few New England breweries that enter, but a few locals earned high honors.

Hoppy Boston’s winner for clickbait article of the month for October: The Infatuation has a ranking of Boston area breweries. When this made the rounds on social media others pointed out that the author of the piece clearly has somewhat limited beer knowledge. I concur.

That is it for October, hopefully the next few months will have much less bad news. As always, feel free to pass along any links you see (or write) to make sure they get included. Cheers!