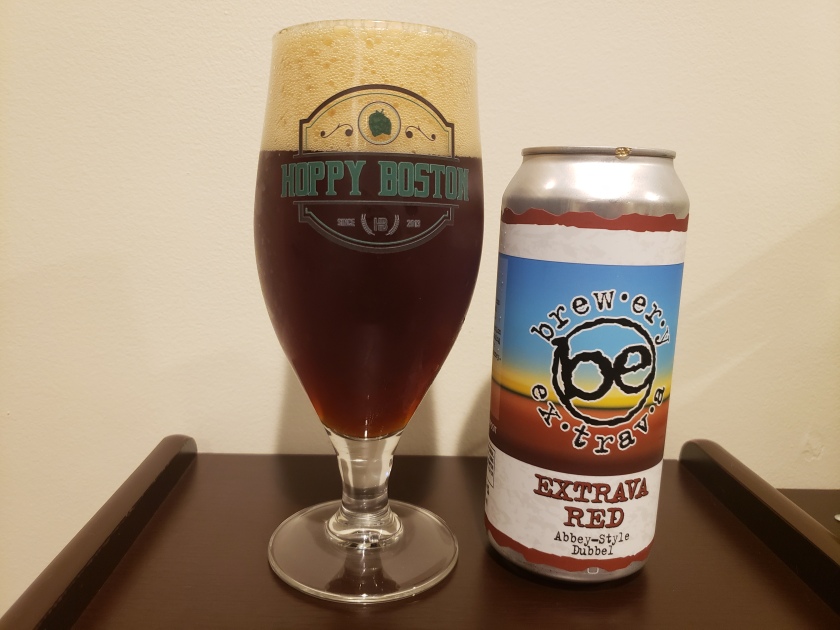 My regular readers have probably noticed a little trend in my beer reviews from the last couple weeks. I’ve been trying to write about the majority of the breweries I visited on my trip to Maine at the end of August. It looks like I will wrap up the series just in time for my next trip back north in early October! The newest addition to the burgeoning East Bayside neighborhood in Portland is Brewery Extrava, a brewery focused on Belgian inspired ales. I am really interested in following the progress of Brewery Extrava, they have a beautiful taproom, a welcoming staff and a variety of interesting beers available on draft and in cans to go. I love Belgian beer styles, but their popularity has seemed to wane with the rise of the hop-obsessed craft beer masses. Many breweries get started brewing Belgian styles (they are still a favorite of many brewers) and then switch to IPAs when sales lag. I have some renewed hope that more beer drinkers are coming around and there will be support for more Belgian styles, but we will see. I know that I will continue to drink quality versions of these beers. One of the beers I grabbed during my visit to Brewery Extrava was Extrava Red, their take on the Belgian abbey dubbel. Brewery Extrava Extrava Red is available on a rotating basis on draft and in 4 packs of 16 oz cans. 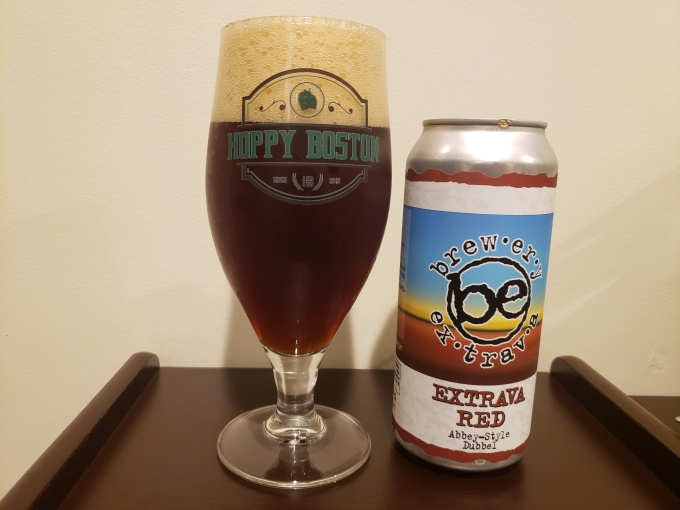 Brewery Extrava Extrava Red pours deep red with a massive tan head. The aroma features some spicy and fruity scents from the expressive Belgian yeast strain. The yeast also leads the flavor, notes of pear, apricot, and bubblegum. There is also plenty of malt flavor, hints of brown sugar, molasses, and raisin. A bit of earthy hops round out the flavor and add a little late bitterness. Extrava Red is medium-bodied and very smooth but packs some punch at 8% ABV. The finish is rich with some lingering malt and yeast flavors. This is a very nice dubbel, perfect for a cool fall evening. I am excited to try more Brewery Extrava beers in the future! Hoppy Boston score: 4.5/5.