I’ve been thinking a lot about how prevalent the IPA style (and it’s various sub-styles and varieties) has become in craft beer. A number of breweries that started focused entirely on Belgian styles, barrel aged beers or traditional lagers have given in and started brewing hop-bomb IPAs (or hoppy lagers that are essentially IPAs with a different fermentation schedule). I asked the wise sages of beer twitter if they could think of any established local breweries that didn’t make some form of IPA/hoppy lager. After an extensive discussion we came up with OEC in Connecticut and Suarez Family Brewing in New York (assuming you count Belgian/Brett IPAs as a version of an IPA, if you don’t you could add a few more names to the list). It is crazy that there are so few considering the total number of breweries in the region. I guarantee you could pick any other beer style and make an extensive list of breweries that have never attempted to make it. This led to a follow up question, can a brewery succeed if they don’t brew an IPA?

Many breweries launch without a hop-forward beer available but eventually brew one (or more). A great example of this evolution is Mystic Brewery in Chelsea. For years Mystic exclusively brewed creative takes on traditional Belgian styles. Their expertise with a variety of yeast strains led to the creation of complex and beautiful saisons and wild ales. These beers were (and still are) loved by a subset of local beer nerds but never gained widespread traction in a market driven by hop bombs. Mystic eventually started brewing a series of New England style IPAs, and later canning some of their more popular offerings. Now they have lines out the door on beer release days, something that didn’t happen for wild ale releases. The new beers are delicious, I understand why they are so popular, but the change has coincided with a noticeable decline in the number of Belgian style releases from Mystic. Breweries are businesses, and the bottom line matters. I don’t think that Mystic was in financial trouble before they made the change in styles, but at the same time it had to be hard watching other local breweries rake in major money with the NEIPA style and not want a piece of the pie. 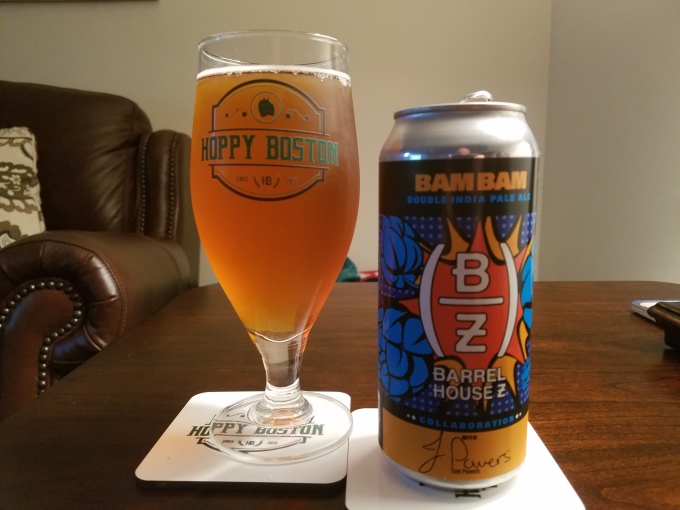 It also has to be hard to operate a tap room without hoppy beers on draft. So many beer fans drink hop-bombs almost exclusively and would immediately be put off if a brewery had no IPA options on the menu. Even people who like a variety of styles tend to try the hoppy beers first, I know I am guilty of that when I am checking out a new brewery. I imagine that a few of the places that started out IPA-free and changed their minds were just sick of seeing the confused and disappointed looks of potential customers when they learn that the brewery doesn’t make the style. It can also deter whole groups, there are so many potential breweries to visit that one ardent hop fan could steer an entire party away from a brewery that doesn’t offer the style.

So, can a brewery get by without an IPA on draft? There are clearly a few examples, so it is far from impossible. Some breweries mix in one or two to complement other styles while others devote the vast majority of their draft lines to hop forward beers. I don’t think the prevalence of IPAs is a bad thing. While there are a number of breweries that almost exclusively brew hop-bombs there are also many others who use the steady revenue from their IPAs to fund a constant stream of innovative takes on other styles. As beer twitter stalwart @LipstickNLager pointed out, let the hops pave the way for the fun stuff that the breweries really want to make. As we are seeing by the current explosion of lighter lager offerings, there is a demand for different kinds of beers, and small breweries will adapt to meet this demand. As long as the IPA craze doesn’t completely overwhelm the variety of flavors that make craft beer so special I am fine with having hop forward offerings at nearly every stop!