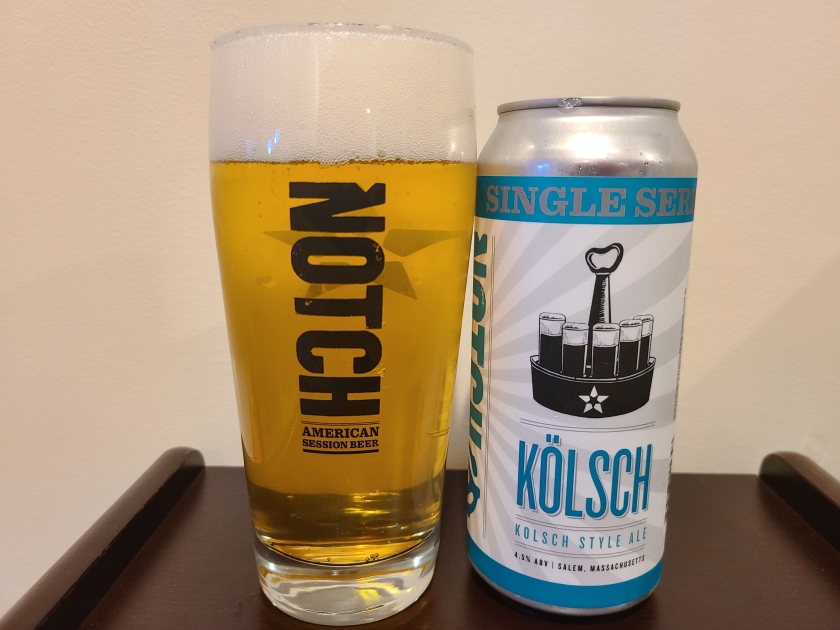 I’ve written a lot about the importance of developing a strong brand in a competitive beer market. One way to do this is to focus your beers on a specific subset of styles. For example, every beer brewed under the Notch label is a “session beer”, with an ABV of 4.5% or less, although the brewery makes other styles under their Voll Projekt label. Another good way to stand out is to provide experiences to your customers, especially when you have a taproom to host events in. Since Notch has opened their Salem taproom they have hosted a whole range of events, with a focus on introducing their Massachusetts audience to some lesser-known European beer traditions (along with some underappreciated beer styles). A great example is Notch Kolsch night, based on the experience at a traditional beer hall in Cologne, where ticketed guests get a plate of food and a traditional kolsch glass, and the only beer on draft is Notch’s take on the kolsch style. I haven’t attended the event yet, I hope to an some point in the near future, but I have had a chance to try Notch Kolsch, which is available on a rotating basis on draft and now in 16 oz. cans.

Notch Kolsch pours clear light yellow with a massive white head. The aroma features some bready malts and floral hops. This is a balanced, light and super easy-drinking session beer (4.5% ABV). The hops add notes of grass, herbs and lemon along with a crisp but mild bitterness. The malts round out the flavor with touches of cereal and crackers. The finish is clean and almost lager-like, with just a little hop bite. This is the kind of beer that Notch does best, no fuss and very enjoyable. The type of beer that is meant for drinking and not for analyzing (and I understand the irony of writing that in a beer review). Hoppy Boston score: 4.5/5.