Some breweries open up and clearly have no idea what kinds of beers they want to make, they spend the first year or so cycling through a myriad of recipes, many of which become one-off beers, until something sticks. Others have a clear plan in place, and beers that are released on week one become flagships for years to come. Battery Steele is clearly in the latter category. I happened to be in Portland a few years ago just after they opened and some of the beers I tried then, including Kineo and Flume, are still among their regular releases. Battery Steele has always been focused on hoppy beers first, which are styles they do well and are clearly popular, although they have branched out a bit in recent years. One hoppy Battery Steele offering that was new to me is Firn, an American pale ale. I am always all in on beers with huge hop flavor and lower ABV, so I was excited to give Firn a shot. Battery Steele Firn is brewed with Citra and Simcoe hops and is available on a rotating basis on draft and in 16 oz cans. 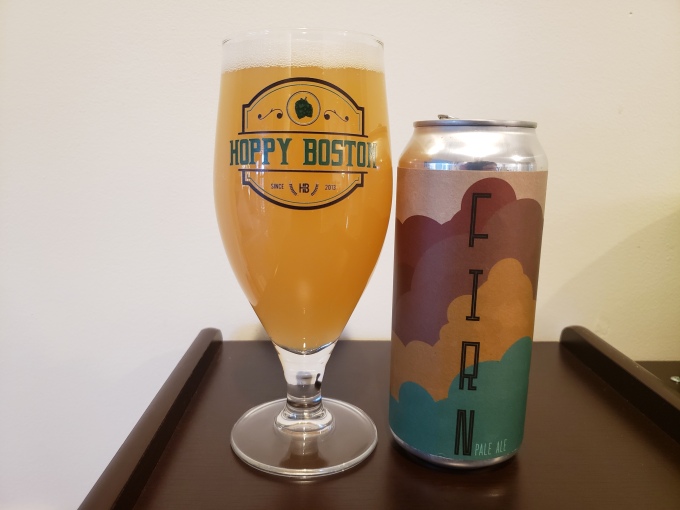 Battery Steele Firn pours murky pale yellow with a moderate white head. There is a solid burst of hops on the nose, heavy on the citrus and tropical fruit. The flavor is also hop forward, notes of grapefruit, papaya, and lemon along with a mild bitter bite. This is balanced by a pale malt backbone, hints of cereal and crackers. Firn is light and easy-drinking, not overly boozy at 5.8% ABV. The finish is crisp with some lingering hop flavor. Firn is a really good American/New England style pale ale, loads of hop flavor but enough body/balance to keep it from being one-note. I will definitely enjoy this one again soon! Hoppy Boston score: 4.5/5.