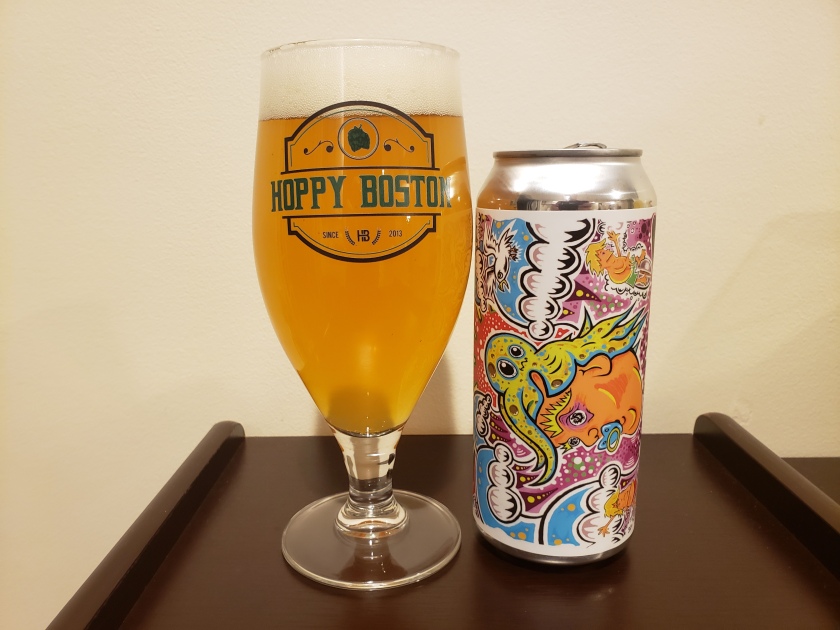 New local contract brewery FAB Brewing has gotten off to a very interesting start. Ben Holmes was one of the co-founders of Aeronaut Brewing in Somerville, but had left the brewery to start his own venture with a focus on beer, art, and political activism. After he saw a Trump supporter pop a “baby Trump” balloon at a protest in Alabama he and his collaborators decided to focus on the idea that hate and destruction were not productive means of delivering a message. They launched FAB Brewing with the Baby Dictators series, using art that reimagines happy childhoods for authoritarian leaders, and specifically needling the current president. FAB has generated some early buzz, but not all of it has been good. The other Aeronaut co-founders sued their former business partner, alleging that he stole recipes amongst other complaints. The suit was settled but shows some acrimony between the former partners. The second release in the Baby Dictators series is Squid Pro Quo, a Citra IPA that features art by Andy Jacobs. FAB Squid Pro Quo is available on a limited basis on draft and in 16 oz cans. 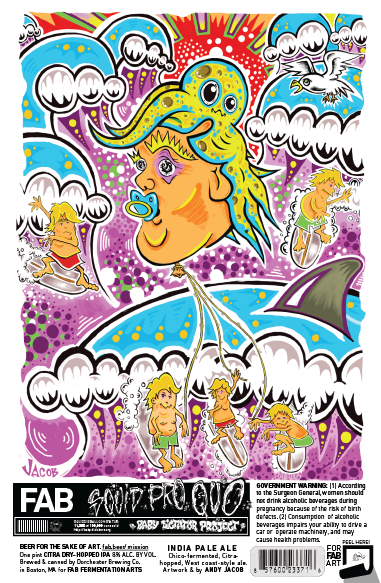 FAB Brewing Squid Pro Quo pours slightly hazy orange with a solid white head. The aroma features plenty of hops, fruity and tropical. The flavor is also hop forward, notes of passion fruit, melon, and tangerine along with a touch of soft bitterness. This is balanced by a mild malt backbone, hints of crackers and cereal. Squid Pro Quo is medium-bodied and very smooth but packs a little punch at 7.5% ABV. The finish is crisp with plenty of lingering hop flavor. This is a really promising start for the brewery, a well-crafted IPA with plenty of hop flavor. I look forward to trying more of their releases in the near future. Hoppy Boston score: 4.25/5.