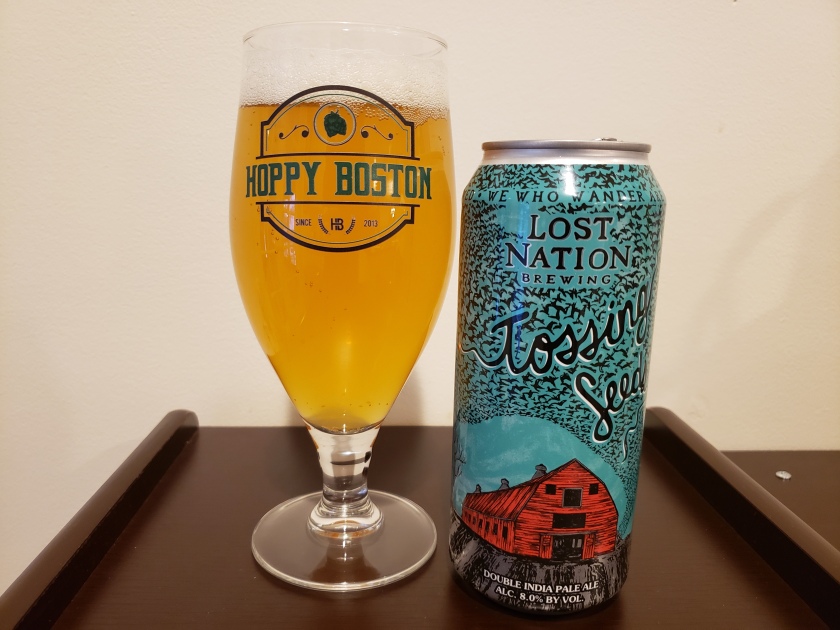 When a brewery moves into a new state for distribution they usually take one of two tactics. The first is to release every possible beer, flood the shelves and do tap takeovers, and try to attract the interest of every type of beer drinker. The second strategy is to pick one or two beers that the brewery thinks are their best and will sell well based on market research, push those hard as an introduction, and then slowly roll out (or rotate through) the rest of the lineup. I actually prefer the second tactic, shelf and tapline space is limited so it is easier to highlight one or two beers to start. It also keeps the interest of the beer drinkers who are always chasing something new. Lost Nation Brewery from Vermont did a great job introducing their beer to Massachusetts. To start they mostly distributed their goses and their delicious Mosaic IPA which has become a staple in my beer fridge. Now we’re starting to see a greater variety of Lost Nation drops, including the double IPA Tossing Seeds. I recently grabbed some of the Citra version of Tossing Seeds, which is available on a rotating basis on draft and in 16 oz cans. 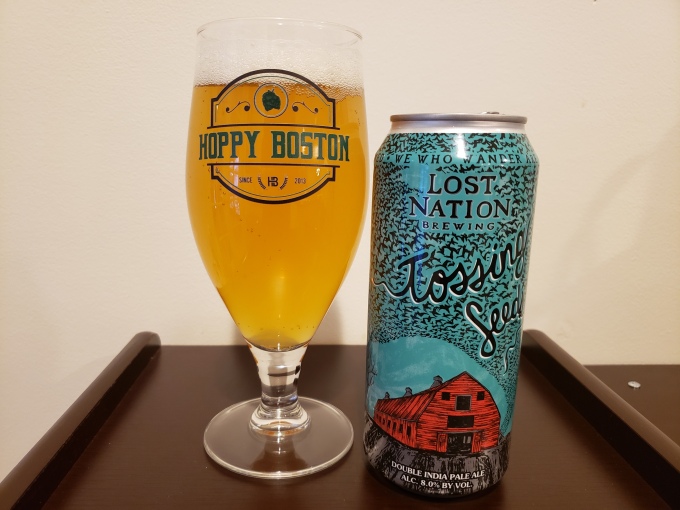 Lost Nation Tossing Seeds Citra pours a slightly hazy light orange with a solid white head. The aroma is led by a big punch of citrusy hops. The flavor is also hop forward, notes of grapefruit, tangerine and lemon along with a touch of late bitterness. This is balanced by a light malt backbone, touches of bread crust and cereal. Tossing Seeds is medium bodied and drinks very easy for 8.0% ABV. The finish is crisp with some lingering hop flavor. This is a tasty DIPA, another very good addition to the Lost Nation distribution line-up. I look forward to trying more of their beers in the near future! Hoppy Boston score: 4.25/5.