Last week I picked 10 beers for the inaugural class of the New England Craft Beer Hall of Fame, the beers that were most important in building the amazing craft beer scene in the region. I knew that the article would be of interest, but I was blown away with how much, in one week it is already my second most viewed article of the year. I then threw it to my readers to make their own selections following the same criteria. In retrospect, I wish I’d asked for ballots first. I had a number of people who said they liked my selections, maybe would make 1-2 changes but not enough to do a ballot of their own. I was surprised by this, I thought there were 3-4 obvious choices and then a ton of possibilities for the rest of the ballot. Fortunately, I got a few well thought out ballots, enough for the follow up article at least. The Ithaca Beer Guy (who went to school in Boston) even wrote his own blog post complete with near-misses and explanations. If you still want to vote but don’t want the hassle of writing anything I set up a poll for voting, using the selections here as a guide but allowing write-ins too. Find the poll HERE. Overall I had nine ballots submitted (although one had 7 votes instead of 10), here are the results!

Notes: All of these beers missed the “10 year” rule. Lunch is definitely worthy of the title, it is an incredibly important and delicious beer, but was first brewed in 2011. The Mayflower vote might have been intended for their Pale Ale, which is 10 years old, if so you could move it to the next category. 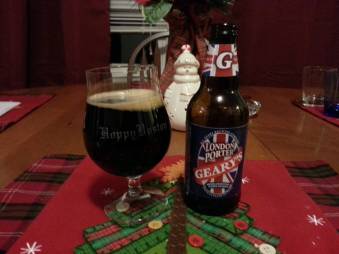 Notes: Homebrewer Jason Chalifour was adamant that a blueberry beer should be on the list, and the beer from Boston BeerWorks was one of the first. Jason also voted for Wachusett Country Ale, a beer that is special to me because it was on draft at my wedding. Reader Dave Jerome cited both Ipswich and Switchback ales as great introductions to ale styles in a time when macro lagers dominated. Maynard Brewer nominated Kate the Great, a beer that caused huge lines to form on it’s release (long before that was a daily event at Tree House) but I never had a chance to try. There were a number of breweries here that placed a second beer later on the list, showing that they had an impact beyond a single selection.

Notes: Three excellent selections that were mentioned frequently but caught in the numbers game for some voters when they narrowed their lists to 10. Mayflower Porter is one of my favorite versions of the porter style (and would have been next if I extended my list to 11), longtime reader Kyle Robidoux credits it to introducing him to darker beers.

Notes: This is the highest number of votes any beer not on my original list received. Magic Hat #9 has clearly had an enormous impact, the Ithaca Beer Guy mentioned it as a great gateway beer, turning people onto craft. I wasn’t surprised that Pumpkinhead got a lot of support, as reader Chris Bentson noted, it might not be the best pumpkin beer but it played a huge role in starting the pumpkin beer craze.

Notes: I actually though Allagash White was one of the easiest picks, I had it with the final 3 beers on the list in the no-brainer category. 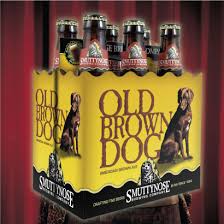 Notes: A classic from a local stalwart, no surprise that many voters loved this beer.

Notes: I think these three are the most obvious choices, clearly three of the beers that had the highest impact on the local beer scene. I was more surprised that each was left off a ballot.

Another big thank you for the thoughtful lists put together by these voters. Now it would be great if everyone took the time to fill out the poll HERE. Cheers!